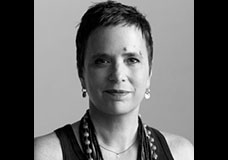 Eve Ensler, an activist and award-winning playwright, is the founder of V-Day, the global activist movement to end violence against women and girls. She announced the continuation of her tour to raise awareness about V-Day’s ONE BILLION RISING campaign, launched in early 2012, as a call to action based on the staggering statistic that 1 in 3 women on the planet will be beaten or raped during her lifetime. With the world population at 7 billion, this adds up to more than ONE BILLION WOMEN AND GIRLS.

Today, V-Day is a global activist movement that supports anti-violence organizations throughout the world, helping them to continue and expand their core work on the ground, while drawing public attention to the larger fight to stop worldwide violence (including rape, battery, incest, female genital mutilation (FGM), sex slavery) against women and girls. V-Day exists for no other reason than to stop violence against women.

Indian philosopher, activist, and author Vandana Shiva wrotea column for the One Billion Rising article series which launches today on Huffington Post. In it she writes, “The victim of the Delhi gang rape has triggered a social revolution. We must sustain it, deepen it, and expand it. We must demand and get speedy and effective justice for women. And while we do all this we need to change the ruling paradigm which is imposed on us in the name of‘growth,’ and which is fueling increasing crimes against women. Ending violence against women includes moving beyond the violent economy shaped by capitalist patriarchy to non-violent peaceful, economies which give respect to women and the Earth.”

On February 14, V-Day’s 15th anniversary, activists, writers, thinkers, celebrities and women and men across the world will come together to express their outrage, strike, dance, and RISE in defiance of the injustices women suffer, demanding an end at last to violence against women. The campaign is V-Day’s most ambitious to date, with activists in 182 countries signed on to take action, and over 13,000 organizations around the globe participating. View the One Billion Rising  video posted on UnityFirst.com and visit http://www.onebillionrising.org.

EVE ENSLER is also  the author of THE VAGINA MONOLOGUES, translated into over 48 languages and performed in over 140 countries, including sold-out runs Ms. Ensler’s experience performing THE VAGINA MONOLOGUES inspired her to create V-Day, a global movement to stop violence against women and girls. She has devoted her life to stopping violence, envisioning a planet in which women and girls will be free to thrive, rather than merely survive.

In 2001, V-Day was named one of Worth Magazine’s “100 Best Charities,” in 2006 one of Marie Claire Magazine’s Top Ten Charities, and in 2010 was named as one of the Top-Rated organizations on GreatNonprofits. In twelve years, the V-Day movement has raised over $80 million.