To view the flyer for the event, please Click Here. 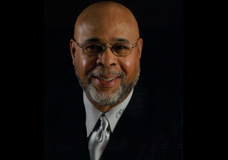 (Charles Blatcher, III Chairman, National Coalition of Black Veteran Organizations) On September 28, 2014, the National Coalition of Black Veteran Organizations, joined by the Mason County Government and the Maysville Community Technical College, are hosting an event in Mays Lick, Kentucky honoring the legacy of Colonel Charles Young. The event is to mark the restoration of the birth cabin of Colonel Charles Young and premier a commissioned bronze maquette of his likeness and an exhibition entitled The Man, The Mission, The Facts. The event is indeed a special occasion– we will be bringing his statue back to his birthplace as a part of a public ceremony and celebration. The restoration of the cabin is a milestone in our efforts to raise public awareness about the importance of the Colonel as a historical figure. The upcoming premier will be a proud moment for Mason County and the entire state of Kentucky, not to mention veterans everywhere.

Charles Young was born into slavery in Kentucky on March 12, 1864. His family escaped from Kentucky shortly after his birth and took up residence in Ohio. It is said by local historian and Underground Railroad Authority Jerry Gore that his birth cabin was originally built in the early 1790’s. My first visit to Kentucky to see the cabin was at his invitation in September, 2010. The structure appeared to be on its last legs. One wall had collapsed and there was the risk that the entire structure would soon follow. The Mason County community, under the leadership of Judge Executive James L. Gallenstein, members of the County Commission and Kentucky State Representative Mitchel Denham, are to be commended for recognizing the historical and economic value of the property. They purchased it to keep it in the public domain and immediately took steps to restore the structure before it totally collapsed. I’m happy to say that based on what I saw last month the structure may now stand another century or two.

In spite of the upcoming celebratory event, we still have work to do before this project is complete. The cabin, main house, barn, and storage shed sit on thirty-eight acres of land.  The size of the property and its standing structures offer a number of opportunities for public use. It is indeed a valuable parcel of land for the State of Kentucky, which could use it as a distinctive conference or special event center or museum– or a combination of all three.

It is our suggestion that the next phase of the project be a nationwide survey of organizations about how the property could be developed. It’s an exciting time for both the State of Kentucky and the legacy of Colonel Young!

The upcoming premier will be a proud moment for the Coalition, Mason County, and the State of Kentucky. The Sunday program will begin with a commemorative church service held at the Second Baptist Church in May’s Lick. Established in 1859, the church is where the Young Family worshipped when they resided in the community. The service will be officiated by Pastor Rodney Bennett.

We are extending an invitation for the public to join us. This is the celebration of a milestone.

Following the Mays Lick presentation, the maquette and picture exhibition will travel to Louisville. The presentation will open in the Kentucky Center for African American Heritage on October 12 and will remain on display through the end of the month. The Louisville event is being co-sponsored by the Omega Psi Phi Fraternity, Inc. of which Colonel Young is an honorary member.

For information on the Louisville venue contact: Taft Thompson at 1-502-649-9123 or
e-mail address t2taftjr@aol.com.