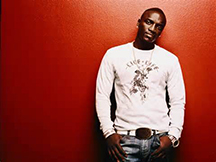 The network will launch #Branding Black, a new month-long, social media campaign that raises important questions about the line between multicultural marketing and the commercialization of “blackness.” Does #BrandingBlack celebrate diversity or perpetuate stereotypes?  Throughout February, Al Jazeera America will deepen the conversation around these issues by creating a transmedia experience, delivering meaningful and culturally relevant videos, analysis and opinions across broadcast and social media. #BrandingBlack will take the conversation “to the people” by engaging social media influencers to cultivate a provocative and in-depth discussion using the #BrandingBlack hashtag.