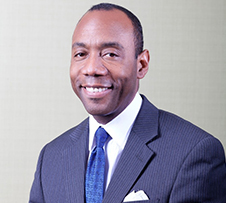 “We are as thankful for the apprehension of the alleged Charleston shooter as we are horrified by the blood curdling heinousness of this act. We appreciate the swift work of federal, state, and local authorities in apprehending the alleged shooter. We commend, encourage, and will continue to support the ongoing investigation and prosecution of the person responsible for the deaths of nine students of scripture in a beloved sanctuary. The NAACP family continues to pray for the family of Emanuel African Methodist Episcopal Church, the late pastor, the Reverend Clementa Pinckney, and those who lost their lives in the Bible study. As we mourn their senseless deaths, we remain resolved to continue facing evil and fighting for justice in every corner of America.

Our century-old, ongoing work of confronting violence with nonviolence, hate with love, and racism with the highest ideas of our democracy yet continues. The mayor, police chief, and witnesses describe this shooting as a hate crime. The coward who murdered nine parishioners in a church set a new and depraved standard of inhumanity. We, as Americans, by our resolve, determination, and commitment, through our faith, will set an infinitely higher standard of humanity.”