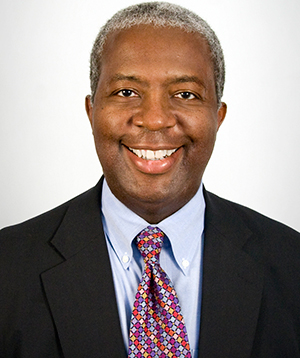 Ever since I first heard about the curious case of Rachel Dolezal —the Spokane, Washington, NAACP chapter president who has been outed and ridiculed for passing as black—I’ve wanted to embrace her as the visage of the changing, multicultural of America.

“If she says she’s black, then I’m willing to welcome her to the struggle for justice and equality,” I said to my white officemate. “The more the merrier.”

But, as a daily drumbeat of details have emerged, I’ve grown increasingly uncomfortable with what this sordid social media-driven story says—less about Dolezal and more about those of us looking in on her obviously conflicted life. The ridiculing pundits and Twitter wits who want to have fun are as misguided as the more serious scholars seeking to draw sweeping conclusions about the acceptability of malleable gender, identity, and race.

Dolezal’s story is nothing more than yet another gigantic cultural canvas on which each of us paints an individual portrait of race in America. And, similar to the collaboration of blind artists’ rendering their perspectives of an elephant, we all are fixated on something unique to our specific racial frames, unable to capture the sweeping panorama in front of us.

From my perspective, Dolezal is curiosity, a one-of-a-kind oddity of her own fabricated making, whose professional, personal, and family drama has now been splayed across various social media platforms. She is neither villain nor heroine in this story and, as such, unworthy of the immense media scrutiny that she is now garnering. Given the Warholian nature of our national obsession with celebrity and all things racial, I expect Dolezal will have a book deal, a movie, and, perhaps, a reality show by the end of the month.

It will be a pity if I’m correct because an opportunity will have been lost in the satire and hubris of what ought to be a signal moment for Americans to engage in real talk about the power of race and identity. As Dr. Martin Luther King Jr. envisioned it, America holds out the promise of the Beloved Community, a vision of a place on earth where all people are treated in accordance with their demonstrated acts of human kindness.

Instead, the Dolezal story highlights society’s competing versions of cultural awareness and power in the search for stated—if not real—racial equality. Indeed, is race something real, definable, and fixed with strict boundaries that lock some in and others out? Or is it an imposed state of being that can be broken by someone like Dolezal who is willing, daring, or foolish enough to try? This is a far more serious and important discussion for all those on Twitter than the simple-minded distribution of #AskRachelDolezal memes.

For example, what does it really say about the permeability of race—which enlightened folks now agree is a social construct and not an objective thing—that Dolezal was white one day and black the next? Why didn’t anyone seemingly care, notice, or say anything before? Why now, a decade later, did she go from being black one day to white the next? And why is she suddenly summoned to explain herself to a gawking Matt Lauer on “The Today Show”?

To be clear, Dolezal is far from an exemplar of progressive racial enlightenment, regardless of which race she chooses to be or has imposed upon her. Her serial misrepresentations undermine her credibility to speak with authority on almost any subject. After all, who can trust a person who has lived a 10-year lie?

From all that I can gather, Dolezal went all-in on blackness, raising two black sons, working for the NAACP, teaching black history, and living in a black community. She estranged herself from her white parents and declared herself “black” on national television. I’ve wracked my mind, scoured the Internet, and thumbed through my library of race history books to find a similar example of a white person who surrendered the relative privileges of whiteness in order to embrace the black American experience as fully and permanently as Dolezal has. I can’t find a parallel.

It wasn’t true of white journalist John Howard Griffin, whose 1961 book Black Like Me recounted a six-week journey on a Greyhound bus traveling as a black man in the segregated South. At the end of his reporting odyssey, Griffin returned to the comforts of being a white man in America.

Nor is Dolezal’s plight akin to the righteousness of the radical white abolitionist John Brown, who believed armed resistance was the only way to end slavery in America. Brown, who was hanged for leading a black rebellion, never renounced his whiteness.

Truth be told, the real question at the heart of Dolezal’s story is: Who wields power over a cultural narrative in a multicultural space? Can a white person ever be integrated into the black community? Or are the birthright benefits of whiteness an immutable marker that separates whites’ power from the liberation struggle?

Jamilah Lemieux, a senior editor at Ebony, seems to think so. She writes:

Rachel Dolezal is not an ally; she is not a champion of Blackness. And, reinvented as a light-skinned, light-eyed Black woman with a Howard degree, she was able to gain more access to Black cultural spaces than she would as a White lady who simply likes Black culture and Black men—and those women get a LOT of access.

Lemieux isn’t the first or only person to express this point of view, and it is not confined exclusively to contemporary women writers. In his autobiography, as written by Alex Haley, Malcolm X expressed a similar opinion. The noted black nationalist tells the story of a young white woman who approached him, wanting to know what she could do to aid the black movement. “Nothing,” he told her sharply and turned his back on her. Later in the book, he laments his harshness but not the sentiment:

I regret that I told her that. I wish that now I knew her name, or where I could telephone her, or write to her, and tell her what I tell white people now when they present themselves as being sincere, and ask me, one way or another, the same thing that she asked.

The first thing I tell them is that at least where my own particular Black Nationalist organization, the Organization of Afro-American Unity, is concerned, they can’t join us. I have these very deep feelings that white people who want to join black organizations are really just taking the escapist way to salve their consciences. By visibly hovering near us, they are “proving” that they are “with us.” But the hard truth is this isn’t helping to solve America’s racist problem.

Granted, this was written and published nearly 50 years ago, but the sentiment lingers in some circles that whites—and let’s not overlook Latinos, Asian Americans, and LGBT people—can’t be shoulder-to-shoulder allies with black folks’ struggles. At the end of the day, this is what the kerfuffle over Dolezal’s story really discloses. The conflicting sides of the argument expose the fault lines of solidarity in the social, political, and racial empowerment of black Americans. To some, this empowerment cannot include whiteness, especially white leadership, no matter the sacrifices a white person is willing to endure.

I’m troubled by such logic because, if it is true, the counterargument must be equally true: The structures of white empowerment—such as the Supreme Court, Congress, Madison Avenue, Hollywood, and Main Street businesses—can’t embrace or be challenged by blackness or black leadership. If this line of reasoning becomes the prevailing vision of America, there is no hope of ever attaining the Beloved Community. With all of our national diversity, we would be doomed to be like the fingers of an outstretched hand, incapable of bending into a fist of solidarity.

Even if I’d never heard of Rachel Dolezal, I’d still refuse to co-sign that argument.

Sam Fulwood III is a Senior Fellow at the Center for American Progress and Director of the CAP Leadership Institute. His work with the Center’s Progress 2050 project examines the impact of policies on the nation when there will be no clear racial or ethnic majority by the year 2050.