African Americans Still Underrepresented in the Retail Market In Spite of Holding the Highest Collective Buying Power in the United States. 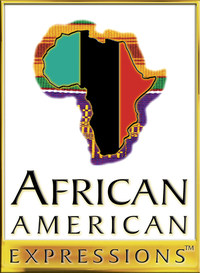 Digitally empowered, social media savvy, and with a higher consciousness about the type of businesses their money supports, millennial consumers are letting their voices be heard when it comes to dictating the trends that retailers must follow. No group is seen to have a higher spending power, and more influence on popular culture than African Americans.
At African American Expressions, the company has spent the past 26 years trying to create a line of products that honor and respect the rich cultural heritage that so often gets overlooked in the typical retail market. With nearly 1000 products currently available highlighting everything from Barack Obama’s historic rise to the Presidency, to products that honor the uniqueness and style of the culture, they have been committed to not only creating for African Americans, but for keeping the dollar circulating in the African American community.
By spending your money with companies that are outside of the common corporate structure, you are keeping the dollar circulating in the communities that need it most.
African American Expressions encourages you to visit www.black-gifts.com to learn more about the mission.