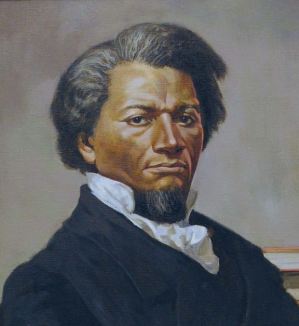 Visit Annapolis & Anne Arundel County (VAAAC) invites visitors and area residents to rediscover Annapolis and Anne Arundel County, Maryland’s rich African-American heritage during Black History Month. Below is a sampling of the many events and activities individuals are invited to experience in February.

African American Experience in Annapolis Tour – For the first time ever, Colonial Tours of Annapolis is offering an “African American Experience in Annapolis” walking tour twice daily – at 10:00 a.m. and 1:30 p.m. – throughout February. In addition to sharing what life was like for all classes of African Americans in Annapolis, Anne Arundel County and Maryland from the colony’s founding in 1632 until the present day, Annapolis native William Ridgley will step out of Colonial character on occasion to share his own personal experiences and observations as an African American growing up in Annapolis. Tradesmen, scientists, mathematicians were among the African Americans who arrived in the Maryland Colony in the 1600s. Others came as indentured servants or slaves. In his tour, Ridgley will discuss how each of the groups experienced Annapolis and Anne Arundel County in a different way. The tour also shares Annapolis links to Frederick Douglass. Exterior stops along the two-hour tour include: Banneker-Douglass Museum, Maynard Burgess House, William Butler House, Historic Annapolis Museum, Kunta Kinte Memorial and story wall, sites along Fleet and East Streets, Chase-Lloyd House, Hammond-Harwood House and the Thurgood Marshall Memorial. Tours depart from the 26 West Street Visitors Center in downtown Annapolis. Reservations are encouraged and can be made online at http://www.colonialtoursannapolis.com/. Individuals can also sign up for the tour on site at the 26 West Street Visitors Center. The cost is $17 for adults; $12 for students ages 10-17; 9 and under, free.

African American Heritage Tour – Annapolis Tours by Watermark is offering a two-hour walking tour of Annapolis’s historic district on Saturday, February 17th at 1:00 p.m. in honor of the Frederick Douglass Bicentennial Celebration and Black History Month. The tour will also be offered on July 7th and August 4th, to continue the Bicentennial Celebration. Presented in partnership with the Kunta Kinte-Alex Haley Foundation, the tour covers some of the most significant events in African-American history. The tour begins at the City Dock information booth at 1 Dock Street and concludes at the Banneker-Douglass Museum. http://annapolistours.com/. Tickets are $20 for adults; $10 for children 3-11; two and under, free.

African-American Experience Tour – The Hammond-Harwood House at 19 Maryland Avenue in downtown Annapolis will be offering a tour covering nearly 250 years of the African-American experience at the historic mansion. Thanks to research by PhD candidate Christopher Mielke, the stories of the men and women, both enslaved and free, who built, maintained and lived in the house will be shared during a Saturday, February 10th tour from 2:00 p.m. until 3:00 p.m. Among other things, tour participants will learn about the lives of three enslaved women — Mary, Matilda, and Juliet — who worked at the house in the early to mid-19th century. http://hammondharwoodhouse.org/february/. The cost is $5 per person; free for members.

Freedom Bound: Runaways of the Chesapeake – The Historic Annapolis Museum at 99 Main Street in downtown Annapolis features a “Freedom Bound: Runaways of the Chesapeake” exhibit that focuses on the stories of nine real men and women whose lives testify to the universal desire for personal liberty. It uses videos, audio, historic artifacts, runaway advertisements from 1728 to 1864 and hands-on activities to convey the defeats and triumphs these men and women experienced in their struggle for freedom. Operated by Historic Annapolis, the museum is open Monday-Saturday from 10:00 a.m. to 5:00 p.m. and Sunday from 11:00 a.m. to 5:00 p.m. Admission is free.

Visit Annapolis & Anne Arundel County is a non-profit, membership-based destination marketing organization that generates revenues for the local economy by promoting Annapolis and the Chesapeake Bay to leisure and business travelers across the country and around the world.