Excel Entertainment—a wholly-owned subsidiary of Deseret Book Company—is the preeminent independent film distribution company in Utah, and has released more than 40 successful films since 2000. Excelis recently released its official trailer to the upcoming feature film JANE & EMMA, opening October 12, 2018 in limited theatrical release. Sparking a public conversation for the first time about racism, polygamy, gender, and the Mormon Church, the film tells the true story of two women—a free-born African-American woman and a wife of a controversial religious leader—whose unlikely bond of friendship gave them the strength to withstand grave challenges on the night Mormon founder Joseph Smith was murdered by a mob in 1844.

“For 136 years, the Mormon Church excluded African-Americans from many of its most cherished religious rites and rituals. Yet, Mormon founder Joseph Smith and his wife Emma took the opposite approach, embracing racial diversity in the early days of the church, at a time when slavery was still an established practice in America. By exploring the friendship between Emma Smith, a white woman, and Jane Manning, a black woman, this film provides a template for how modern Mormons can address and overcome the difficult racial history of the church,” said Arthur VanWagenen, CEO of Excel Entertainment. “For those outside of our community—both religious and secular—JANE & EMMA presents an opportunity to talk about race, gender, and religion in a healing and constructive way. This is an opportunity to learn what we can do better as Americans when confronting ills in our own society today.”

Filmed on location in Salt Lake City, Utah and Nauvoo, Illinois, JANE & EMMA tells the story of two women (Jane Manning James and Emma Smith) who forged an unlikely friendship against the backdrop of race, religion and gender issues in 1844. Jane as one of the first black members of the Mormon church and Emma Smith as the wife of the Mormon Prophet Joseph Smith, come together to survive a perilous night after Joseph is murdered by a mob in Carthage jail. 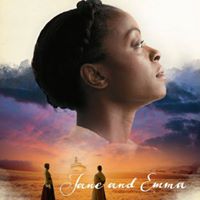