As America’s technology industry strives to build a more gender and racially diverse workforce, a new report released today by leading tech industry association CompTIAreveals a series of contradictory viewpoints on the current state and future goals for workplace diversity.

Nearly eight in ten high-tech industry workers surveyed by CompTIA say they are satisfied with their organization’s diversity efforts; and 87 percent say they’ve worked in a department comprised of a diverse group of employees in the last year.

At the same time, 45 percent of workers say the industry has lagged in promoting diversity, while another third at least partially agree. This position is backed by statistics from the U.S. Equal Employment Commission and other sources, which find a tech industry workforce that’s overwhelmingly white and male, with fewer African Americans, Hispanics or women than other industries.

“The human element may be at play here,” said Carolyn April, senior director for industry analysis at CompTIA. “People want to be aspirational; they want to believe that their company is very progressive and encouraging, offering job opportunities to any qualified candidate, regardless of demographics.”

One area of general consensus is on diversity’s impact on innovation. Nearly two-thirds of respondents agree that an organization with a heterogeneous employee base is more likely to produce world-class innovation than one that is largely homogeneous in makeup. Another 28 percent at least partially agree with that premise.

One of the more curious findings of the survey relates to gender. Asked if women and men are naturally inclined to succeed in roles that amplify their gender traits, nearly half of respondents agreed. But among executives and senior managers, 61 percent agreed with the statement, compared with 46 percent of middle managers and 22 percent of staff-level workers.

“One possible reason so many executive-level respondents believe women and men succeed more in roles that play to gender traits is that the vast majority of senior managers in the high-tech industry are men,” said Yvette Steele, who manages CompTIA’s Advancing Diversity in Technology community.

“Women are more likely to be working in middle management or at the staff level, which could explain the disparity of the responses,” Steele continued. “When it comes to moving up the ladder gender stereotypes, unconscious bias as well as prejudice affect progress toward greater equity.”

The industry’s gender gap is widest when it comes to pay equity. Two-thirds of women in high tech say they would leave their job if the discovered pay imbalances among employees doing equal work, compared to 44 percent of men who said the same.

On an optimistic note, a majority of workers feel things are changing, with 59 percent of all respondents saying the industry has made strides toward a more diverse workforce.

“The industry is having a reckoning moment,” April concluded. “Maybe companies and executives didn’t realize that diversity has been a problem, but the majority now do, and more resources are being allocated toward diversity. We’re still in a learning curve, but we’re on a positive trajectory.”

CompTIA’s “Diversity in the High-Tech Industry” report is based on two online surveys conducted in December 2017; one to 400 U.S. IT professionals, and the other to 200 workers outside the high-tech industry. The complete report is available free of charge at https://www.comptia.org/resources/technology-diversity-research. 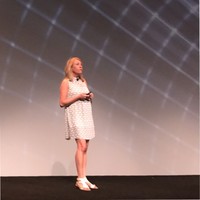