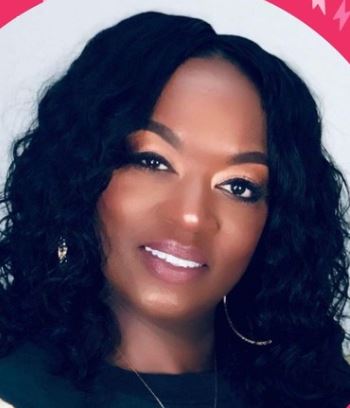 Award-winning and international children’s author Erica Pullencaptivated fans with her first book Believing in Myself and has launched the release of her new book I am America’s Most Wanted. Erica’s books connect children to their value and emboldens positive self-identity.

Bev Smith, dubbed “The National radio and television Queen of Late-Night Talk” and host of The Bev Smith Show says, “This is a perfect time for a book confronting the issues faced by African American boys and men to come out and be released.  Statistics show the most wanted man in America is the African American male. It is my hope that once this book gets into black homes, the issues of self esteem dreams deferred and safety on the streets for black men and boys will change how they view themselves. Thank you, Erica, for being brave enough to want to tackle this issue in a way that we all can understand.”

Believing in Myself enlightened the message for children to embrace their beauty from within and outside. Despite obstacles, Believing in Myselfmotivates and encourages little girls to be all they can be, regardless of their features or where they plan to go in life.  I am America’s Most Wanted aligns with Believing in Myself for boys of color.  “It is one of the 1st books for little boys and young men to flip the stereotype of “America’s Most Wanted” from a negative to a positive.  I truly believe that my books help to build up the confidence, inspiration, and dreams of our young African American leaders to change and alter how they see themselves and drive change in a country ruled by stereotype and misperception.  Considering all the negative factors and outside attacks that people of color face (like what the world witnessed as we watched “When They See Us” on Netflix), we have no choice but to ensure that our young leaders grow to know that they are America’s Most Wanted and they should always Believe in Themselves,” Pullen said.

Erica uses every tool at her disposal to make her stories come alive and matter. Coupled with colorful and exuberant illustrations, Erica hopes that, through the magic of children’s books, children will be inspired in the most positive and powerful ways.  Furthermore, society at large can glean from Believing in Myself and I am America’s Most Wanted the opportunity to embrace all children, oust negative stereotypes and instill hope and love for a better world.