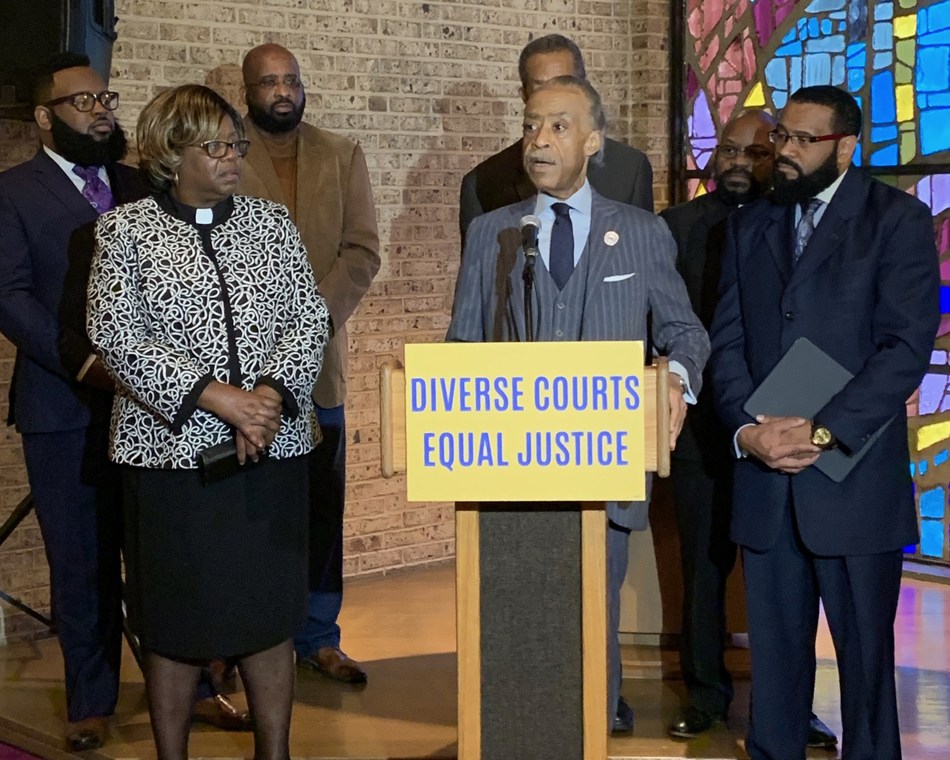 Citizens for a Pro-Business Delaware: Today, civil rights activist Reverend Al Sharpton held a press conference at Ezion Mt. Carmel United Methodist Church, joined by local elected officials, as well as faith leaders from across the state to praise Governor Carney for his appointment of Court of Chancery Vice Chancellor Tamika Montgomery-Reeves to the Delaware Supreme Court, the first person of color ever named to the State’s highest court. The desire for increased diversity on Delaware’s courts has been driven in recent months as the grassroots advocacy group, Citizens for a Pro-Business Delaware, launched a campaign and platform to reform the state’s beleaguered judiciary.

Earlier this week, Reverend Sharpton penned an opinion piece in the Dover Post calling for sorely-needed diversity on the Delaware Supreme Court writing, “judges in state courts fail to reflect the racial, ethnic, and gender diversity of the communities they represent. Why is it that Delaware, a state of nearly 30% non-white individuals, has never had a person of color serve on their state’s highest court? Discrimination and systemic barriers are embedded in our nation’s judicial system, and lack of representation continues to oppress minority populations…It is not a coincidence that research also proves that broadening viewpoints on court benches leads to more equitable sentencing and confidence in our judicial system.”

Shortly after the piece was published, Delaware Governor Carney made history by appointing Vice Chancellor Tamika Montgomery-Reeves to the Supreme Court.