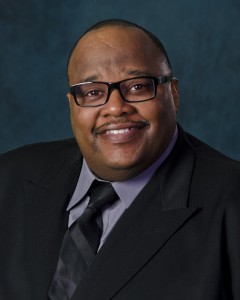 The Rainbow PUSH Coalition Automotive Project rejoiced today knowing that the UAW members will have a better tomorrow.  When Rory Gamble was named President of the United Auto Workers, I could just imagine the great labor and civil rights giant Walter Reuther smiling upon us.

In the great arc of history in my lifetime, there have been and continue to be many firsts. But nothing is more fitting than the history between the UAW and civil rights in our country coming full circle with Rory Gamble in Reuther’s chair and Ray Curry as the UAW’s Secretary-Treasurer.

When you view the historic lens of my lifetime, the UAW has always been present in the fight for equality, for racial and social justice, and in the darkest hours of our movement.

It was the UAW that raised cash bond and drove across the country to release the Dr. Martin Luther King from a Birmingham Jail.

It was at the UAW’s Solidarity House that Dr. King edited first iteration of his “I Have A Dream” speech, given in Detroit’s Cobo Hall some months before the historic March on Washington.

In 1964, Walter Reuther marched side-by-side across the Edmund Pettus Bridge with Dr. King on their journey from Selma to Montgomery.

When we needed aid and leadership in the effort to divest in South Africa and free Mandela and the South African people from racism, the UAW was front and center. In fact, one of Nelson Mandela’s first stops in America was with the UAW and former President Owen Bieber.

UAW members fought from the beginning to integrate our factory floors and offices. To integrate our communities and schools. In fact, many do not know that in the 1950s when professional bowling was segregated, it was the UAW that integrated bowling alleys in this country.

And it is not just civil rights. The UAW has been at the forefront of pushing for an end to income disparity for minorities and women; affordable quality health care for all Americans; and protections for women, the LGBTQ community, the disabled and so many others.

How fitting that this great union has fulfilled Reuther’s vision that all members have the opportunity to lead; and his legacy even today delivers opportunity regardless of who you are or what your background may be.

Rory Gamble comes to the storied UAW at a time that needs his leadership, his tenacity for change and his honest approach to steering one of our nation’s great civil rights institutions and labor unions back on course.

He comes at a challenging time for the UAW. But he comes with a history and a legacy that has been a big part of our nation’s history of change for the better. Over 50 years later, the fact that the UAW has two African-American leaders as President and Secretary-Treasurer, is exactly what civil rights leaders had in mind — an America that values the content of our character and the hope of a UAW every bit as meaningful today as it has been to us for decades. Their leadership is a dream fulfilled.