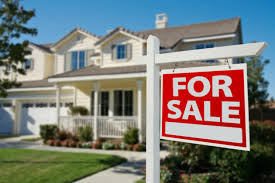 – Lenders deny mortgages for Black applicants at a rate 80% higher than that of white applicants, according to an analysis of the most-recent data from the Home Mortgage Disclosure Act.

– Applicants of all races — but especially Black applicants — are more likely to be denied when they live in ZIP codes that are predominantly composed of Black households.

– Although values of homes owned by Black people have seen recent improvement, they are still 17.6% below the typical U.S. home.

Securing a mortgage is the first step in buying a home, and can be a stressful process for many prospective homeowners. For Black home shoppers, the process is even more daunting, due to a long, unjust history of inequality not just in housing and wealth-building, but also access to credit. Although there has been encouraging progress in increasing the Black homeownership rate, it is still not enough to address the disparities Black communities face.

A Zillow® analysis of the most recent federal data from the Home Mortgage Disclosure Act shows that lenders denied mortgages for Black applicants at a rate 80% higher than their white peers, and more than double (120%) the rate when applying for a conventional loan. One key reason is the long history of inequality in the credit market — of the Black applicants who are denied a mortgage, more than one-third are due to credit history, compared to about a quarter for white applicants.1

Credit reporting and scores have a long history of disadvantaging people of color, who are more likely to be victims of predatory lending or not have a credit history at all. Since the mortgage industry relies heavily on an applicant’s credit history, the current system tends to prevent minority populations from building wealth through homeownership.

With this in mind, it comes as no surprise that a majority of Black home buyers (59%) are concerned about even qualifying for a mortgage in the first place (compared to 46% of white buyers), according to Zillow survey data2. And while mortgage denial rates overall have fallen over the past decade, it is clear huge inconsistencies still exist along racial lines.

“At a time when racism is at the front of many Americans’ minds, the disparity in mortgage rate denials is yet another reminder that the housing market – and country – have not done enough to address inequities and heal the scars from an unjust past,” said Zillow economist Joshua Clark. “The mortgage approval process is rooted in a racially unjust history that persists to make homeownership a far more difficult dream to achieve for many Black Americans. Owning a home is a major way to generate, keep and pass down wealth, and unequal access to mortgages only serves to further entrench inequality.”

Looking more closely at where lenders are denying Black applicants raises additional concern — Black applicants (and all other applicants) are more likely to be denied a mortgage when they live in predominantly Black areas3. Those denials trend higher in ZIP codes with a higher share of Black residents, indicating the scars of redlining are still visible in the housing market today.

Starting in the 1930s, the practice of redlining largely denied mortgages in neighborhoods deemed “hazardous,” which were predominantly non-white. Though outlawed in 1968 as part of the Fair Housing Act, homes in formerly redlined areas continue to have lower values, and this analysis shows mortgage inequity in those areas also continues to this day.

The localization of mortgage denials limits mobility and opportunity for Black applicants, and leads to more sacrifices made on the journey to homeownership. This can materialize in the inability to move to a preferred neighborhood, lack of access to amenities and services, and less opportunity to build wealth as a result of homeownership.

Zillow’s 2019 Consumer Housing Trends Report reveals that Black home buyers are 15 percentage points less likely than white buyers to end up buying within their initial desired area. Nearly one-third of Black buyers who stayed within their original budget ended up farther from school and work, compared to only 13% of their white counterparts — an indication that Black homeowners more often have to break their budget to access the same amenities as their white counterparts.

One step toward solving this problem is reforming credit scoring systems (including allowing rent payments to be positively reflected in credit scores), which would expand access to capital for underserved communities of color. Expanding funding for the U.S. Department of Housing and Urban Development (HUD) fair housing education and enforcement efforts would be another actionable step toward closing this mortgage denial gap. Other proposed legislation, like in New York, also take aim at discrimination in the housing market as a whole.

While the Black homeownership rate has increased to 44% — its highest level since 2012 — it still lags far behind the overall homeownership rate of 65.3%. Values of homes owned by Black people are also significantly behind, typically worth 17.6% less than the overall U.S. home value of $218,2034. According to the latest Zillow Housing Aspirations Report (ZHAR),5 63% of Black respondents and 58% of white respondents say owning a home is necessary to live “The American Dream.”