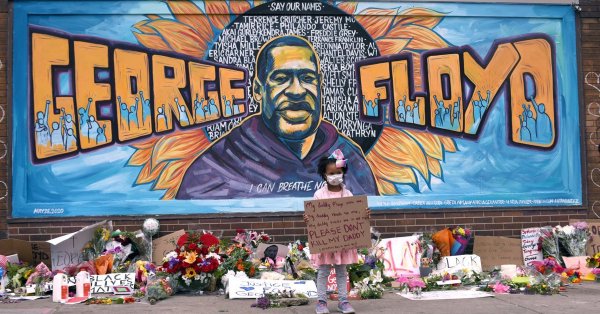 The following opinion is of the remarks delivered by the former President regarding the current racial crisis facing American society. The comments are made with understanding and appreciation of  the limitations past and present placed on him as a former President of the United States of America.

Obama’s praise of our youth’s enthusiasm was warranted along with the encouragement of their interest and involvement in the political process. He is an inspiration to the Nation as must now as during his Presidency.  Beyond the praise, the presentation left us less than convince about the direction we are heading in addressing the existing crisis.  Foremost, I had hoped to hear him remind our youth that we are still in the mist of a pandemic. Ironically, I had a discussion before the former President’s remarks with a friend Doctor Althea Hankins whose medical practice is in Philadelphia.  She expressed concern about the mass gatherings of people around the nation, many unmasked.  She reemphasized their exposure to the virus can be terminal to them, family members and friends.

The focus of his comments was directed toward police reform as opposed to the root problem which is Racism. Police violence is symptomatic of racism and can be addressed through legislative policies.  Unfortunately, some of the policy recommendations made under his administration were disregarded when he left office. Must the Black Community relive the same cycle every time there is a change in political administrations?  Now many wars must we fight, and marches must we march before Human and Equal Rights become a permanent fixture in our lives? Racism requires a direct examination and discussion about White Privilege. It is a totally different conversation. White Privilege is killing America.  The deaths of Black men, women, and children at the hands of law enforcement are symptoms of the greater problem.

We are petitioning the Congressional Black Caucus to elevate the discussion by requesting a Hearing on  Human Rights violation against Blacks in America in the International Court of Justice (aka) the World Court. There are demonstrations around the world in solidarity with the plight of Black Americans. The forum would allow a team of our best Civil Rights attorneys and Black scholars to present our claim to the World in a neutral setting. The opportunity could be a teachable moment in Black American History on a global scale.

Former President Obama is the ideal person to lead the presentation. Many leaders and people at home and abroad still hold him in the highest esteem. His commitment to lead that conversation would be significant. It would signal to our youth that they have done an outstanding job in the street its now okay to go home and live to fight another day. The group’s activism can be carried forward and maintained  through social media until we get a vaccine for the corona virus. They can take solace knowing the discussion about Racism in American Society has been elevated to a world venue.

I close, with a comment about Congresswoman Barbara Lee  announcing that she is writing a House Bill calling for a Reconciliation Committee to deal with the issue of Race in America.  The concept is drawn on a  model used in South Africa in the transfer of Governmental power from the White minority to Black majority of the nation’s population. The committee allowed Whites South Africans the opportunity to confess crimes  committed against Blacks during apartheid in exchange for forgiveness.  It was successful in South Africa because they had Bishop Tutu and Nelson Mandela, two personalities who presence made the transition peaceful.  Our Representative should keep in mind the population ratio in America is inverted from that of South Africa. White people are not the minority in America changing the dynamics and usefulness of the model. Last, to submit a House Bill seeking majority White approval to address the subject of Racism in America is an unusual approach to say the least.  Think About It.

Petition to the Congressional Black Caucus