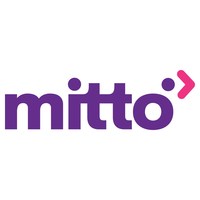 Three Quarters of Americans Expect Public Statements Around Black Lives Matter to Be Followed By Action, Yet One Third Believe Brands Have Fallen Short in Communicating Their Plans

Mitto, a leading provider of global omnichannel communications solutions, today announced the results of its survey around consumers’ sentiment toward the way brands and organizations have communicated during the Black Lives Matter movement. The results reveal Americans believe actions speak louder than words, as 73% say it is important that BLM-related statements they receive from brands, nonprofits, and other organizations, are not only empathetic, but are followed by measurable action. This sentiment contributed to a significant number (38%) of people saying brands fell short in their communication around the BLM movement, and the number rose to almost two thirds (60%) among the age group 18-24.

Nearly one third of Americans (29%) don’t think they are getting the information they need so that they can best support and take part in the BLM movement, suggesting vital information has been drowned out. Mitto’s survey, which collected responses from 1,000 Americans, found that simple communications are vital to the cause. 71% of Americans ages 18-24 agree that they are more likely to take action around Black Live Matter (BLM) movement issues when they are sent a direct text with details and links.

“With movements like the powerful efforts to improve racial injustice by BLM in the U.S., consumers expect brands, nonprofits and other organizations to share transparent and direct communication around what they are doing to help, as well as how others can best serve their communities and country in the upcoming months and beyond,” said Andrea Giacomini, CEO of Mitto. “It’s clear that Americans experienced information overload initially and organizations should keep it simple when engaging people moving forward – think short, at-your-finger-tips communications that gets the important information across.”

How brands handle communications around the BLM movement matters. More than half (53%) of Americans say they are unlikely to buy from a brand in the future if they have a negative perception of brands’ communication during the BLM movement. This sentiment is strongest with 18-24 year olds (61%) and women (52%).

Also, 87% of Americans who make donations believe it is important that an organization regularly follows up to communicate up-to-date information on their part in the movement and how the money has made a difference.

To help foster continued and effective conversation that drives positive outcomes during these challenging times, Mitto is offering free SMS services to qualifying nonprofits and advocacy groups (as well as discounted rates to brands) able to demonstrate a direct focus on racial equality, the COVID-19 health crisis, or other social good programs. Learn more at: info.mitto.ch/change