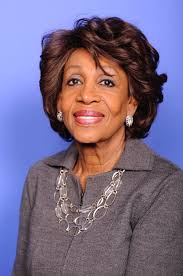 Congresswoman Maxine Waters gave a very strong message to Black voters who are considering voting for President Trump: “Any of them showing their face, I will never ever forgive them for undermining the possibility to help their own people and their own communities.”

Speaking with SiriusXM host Joe Madison, the congresswoman continued: “Black men who don’t understand if they’re not listening to you, if they’re not listening to our voices they have a price to pay. The years to come, if they help put Trump over, and help him get elected, they will go down in history as having done the most despicable thing to their families, and to their communities, and to their mothers and their grandmothers….They will shamefully be accused of having attributed to the lack of equality life for the people they claim to love so much.”

Rep. Waters full comments are below. If used, please credit SiriusXM’s “The Joe Madison Show” (weekdays from 6-10am ET on Urban View channel 126).

Rep. Maxine Waters Slams “Shameful” Young Black Trump Supporters: “Any of Them Showing Their face, I Will Never Ever Forgive Them”

People, Joe, I mean, I don’t even know where any blacks would be coming from that would be voting for Trump. It just hurts me so bad to see blacks talking about supporting Trump. I don’t know why they would be doing it. I don’t know what’s on their minds, but if we don’t turn out this vote and turn it out huge, this man could end up winning again. And this country would go backwards. The divisiveness that this deplorable human being has caused, the confrontation, the dog whistling to the right wing, the white supremacists, the KKK, and they’re coming alive. They’re emboldened because they’ve got a leader who wants them to do it. What did he say to the proud boys? Stand back and stand ready? Ready for what  – confrontation? Give me a break, Joe. I thank you. I know you’re on it, doing everything that you can. We’ve got to shout it from the rooftops – vote, vote, vote.

….Well, let me just say this. You’re absolutely right. About many of these young men, these young black men, not really understanding how the systems work and what we have done to improve the systems. If I was not on Financial Services and Nydia Velazquez was not on Financial Services, the big restaurants and hotels would have gotten away with getting all of this PPP money. Because we’re there, we were able to number one, spot it, and to come up with the supplement that was needed in order to get that money out into our community, to many of our small banks. And we still need to do more with that. If we were not there, we would not be able to even talk about rental assistance and assistance to homeowners who have these exotic loan and predatory loans that they shouldn’t have had in the first place, and ways by we are getting forbearance for them so that they won’t lose their homes, and they will able to be able to get loan modifications. After years forbearance, they don’t understand any of this and they don’t want to understand it. They think somehow, if they are going to support Trump, that they’re gonna realize some big sums of money. That’s gonna come to them through some damn proposals that they are going to present, and they’re going to be taken care of. And they’re going to be able to manage all of this money. They are crazy. They’re not going to get a dime from these people. They don’t even know how to put together the right kind of proposals to even be considered in this way that government works and how you have to get through the House and the Senate and all of these committees, even in order to get to the president to sign something, and he’s not going to sign a darn thing to them.

He’s a racist. He does not have any appreciation for black people and black women in particular. He’s talked about it so bad. He talked about John Lewis so bad. He talked about Cummings so bad. He has no respect for us. He’s not doing anything for us. And for those black young men who think somehow they can align themselves with Trump. Trump, not only their [sic]. Any of them showing their face, I will never ever forgive them for undermining the possibility to help their own people and their own communities. It is absolutely unconscionable. It is shameful, but if they would spend some time with us, we would help them to know what we’re struggling for and how they would be able to help us in this struggle. They don’t send anything to, you know, any of the social media about helping us in what we’re doing. I mean, I guess it’s all right to talk about, you know, how many cars you got, it’s all right to talk about women, et cetera on all of these platforms.

But when are you going to join with us to talk about how we save all about black banks? When are you going to join with us to talk about  – we don’t, we’ve got to stem the tide of homelessness about making sure that people are not evicted during this pandemic, this COVID-19, they do none of that. They do none of that. They don’t pay attention to public policy. They are so into who’s dressing, who’s with what woman, who’s got what car. I mean, it is absolutely crazy, but I want you to know that black men who don’t understand if they not listening to you, if they’re not listening to our voices, they have a price to pay for years to come if they help put Trump over and help get him elected. They will go down in history as having done the most despicable thing to their families and to their communities and to their mothers and their grandmothers. Because this man is about doing away with social security as we know it. And their grandmothers who are sitting there waiting on those social security checks every month or they couldn’t eat. Doing away with Medicare, as we know it, they will shamefully be accused of having attributed to the lack of a quality life for the people they claim to love so much. I don’t know what else I can say, but if they’re waiting for all this money to come to them, it ain’t going to happen.

Urban One, Inc. Chairwoman Receives Congressional Recognition And NABJ Hall Of Fame Accolades For 40 Years Of Service To The African American Community