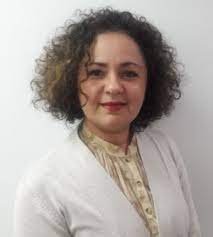 Statement of Annastacia Belladonna-Carrera, Executive Director of Common Cause Minnesota

George Floyd should be alive today. A verdict simply signals due process, something that Mr. Floyd and others in Minnesota have been denied after basic interaction with police. Real justice for George Floyd and his family, comes from moving commonsense policing reforms so what happened to Mr. Floyd doesn’t happen again. Only the people united for change can deliver the reforms needed in our state. Minnesota legislators recently had the opportunity to bring commonsense accountability to the police but the Senate failed to act. Gov. Walz, Melissa Hortman, Speaker of the House, and Paul Gazelka, Senate Majority Leader must put policing reforms among their top priorities as they meet behind closed doors to negotiate bills. The people of Minnesota deserve better, and we – the people – will rightly continue to demand human rights, accountability, change, and justice for all Minnesotans.

Statement of Karen Hobert Flynn, President of Common Cause

Today’s conviction of former Minneapolis police officer Derek Chauvin for the murder of George Floyd is a small step but we still have so far to go to address the underlying racism, police brutality, and lack of police accountability behind it. The conviction represents accountability but not justice.

George’s Floyd’s murder must serve as one more catalyst to bring about systemic change and dismantle the white supremacy that drives deadly policing in the United States.

In the wake of this conviction, so much more must still be done to bring about equal justice for Black Americans. Unchecked police brutality continues to claim the lives of far too many Black and Brown people and it must be ended.

Yet in some states, legislators not only refuse to take steps to address this deadly crisis but instead are passing laws to criminalize peaceful protests. This cannot go unchallenged.

As a nation, we must acknowledge the systemic racism that has been ingrained in the fabric of our nation since its founding. We must fight racism wherever it exists: in our communities, at the ballot box, in our justice system, and in our legislative bodies.

White Americans do not fully grasp the fear, the horror, and the anxiety Black and Brown people feel every day as they go about their daily lives. Policing too often reflects a double standard, and people of color continue to die at the hands of law enforcement officers in absolutely unacceptable numbers. The tragic pattern must end now.

Undaunted, we must build a real democracy where every person can feel safe, thrive, and have a voice. We must continue to work to establish a country where equal justice under the law is a reality for everyone and not an impossibility for Black, Brown, and Indigenous people.

The tragic, brutal, and unnecessary murder of George Floyd is one from a seemingly endless string. The murder of Daunte Wright gunned down just days ago during a traffic stop in a Minneapolis suburb, and the murders of Breonna Taylor, , Adam Toledo, Alton Sterling, Freddie Gray, Tamir Rice, Trayvon Martin, and countless other Black and Brown Americans must spur our nation to enact serious and lasting reforms. It is vital that Congress start by enacting long-overdue reforms by passing the Justice in Policing Act.

Common Cause strongly backs this legislation that would create a national use of force standard, it will prohibit no-knock warrants for drug offenses, and it would ban chokeholds and police profiling. Further it would end qualified immunity, make it easier to prosecute police officers for misconduct, and establish a national police misconduct registry. The bill would also end the transfer of certain military equipment that has led to the militarization of many police departments.

These common-sense reforms can begin to bring about substantive changes and stem the tide of police racism and brutality in our nation. Far more must be done, but this legislation represents a first step.

The PhD Project is Changing the Face of Academia by bringing Diversity, Equity and Inclusion to University Campuses