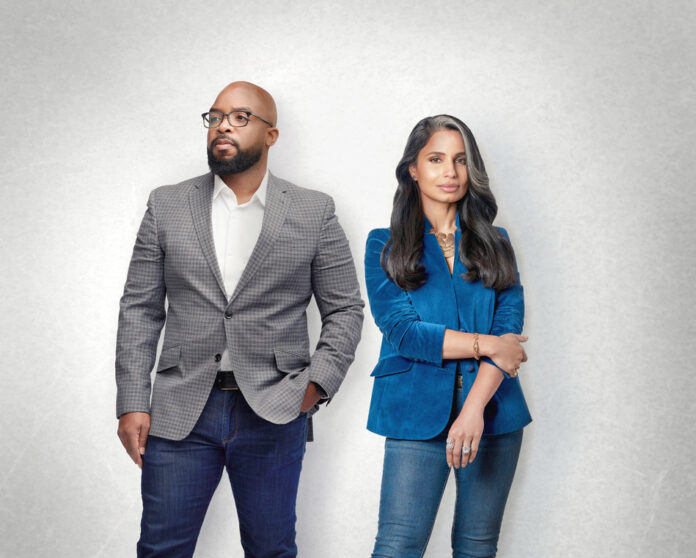 First Boulevard, a digitally native neobank focused on improving the financial livelihood of Black America, today announced it has raised $5 million in Seed funding from a group of leading financial services investors including Barclays and Anthemis and notable angels such as Gabrielle Union, John Buttrick and Jamere Jackson.

With its latest raise, First Boulevard aims to expand its mission-driven team, increase its customer base and grow the platform to offer fee-free debit cards, financial education, a Black business marketplace (which gives its members Cash Back for Buying Black™), and technology to help members automate their saving and wealth building goals. First Boulevard is currently accepting customers on their early access wait-list with an expected launch in Q3 2021.

Amid the social unrest of the past year, Black communities across the U.S. are refocusing and recommitting to consciousness-building platforms. With a collective spending power of $1.4-trillion annually, Black Americans are massively underserved consumers of financial products and services. First Boulevard aims to empower this population to take control of their finances, build wealth and reinvest in the Black economy with sophisticated, digitally-native financial instruments built for the 21st Century.

First Boulevard Co-founder and CEO Donald Hawkins is a serial entrepreneur with years of experience in technology and financial services. Hawkins most recently founded Griffin Technologies, a fintech company focused on providing real-time, contextual intelligence to community banks and credit unions. First Boulevard Co-founder and COO Asya Bradley is a serial entrepreneur and most recently was a founding team member and Head of Revenue at Synapse, a platform that built banking-as-a-service APIs to help bank the unbanked of America by connecting innovative fintech platforms to banking institutions.

“History has proven that oppressed communities can succeed when their finances are centralized, and when it comes to financial services for the Black community, a centralizing force is long overdue. After viewing yet another tragedy engulf the Black community, and the all-too-familiar protests against persisting issues, it was beyond clear to me that the solutions Black America needs must be financially-focused and developed within our community,” says First Boulevard Co-founder and CEO Donald Hawkins.

“The current financial industry was not built to serve the needs of melanated people, because we were excluded from its construction. Three out of four Black mothers are breadwinners for their families, but Black women are burdened with the most student debt of any US demographic. First Boulevard understands the unique needs of our community so we provide early access to wages, round up savings features, plus targeted financial education and budgeting tools to improve livelihoods and build generational prosperity for Black America,” says First Boulevard Co-founder and COO, Asya Bradley.

By 2053 the median income for Black families in the U.S. will fall to $0 according to the March 2017 study “The Road to Zero Wealth” published by Prosperity Now and the Institute for Policy Studies. More recently, the unforeseen economic impact of the Coronavirus pandemic has further exacerbated the already alarming disappearance of wealth in Black America. With a focus on automating wealth building, First Boulevard provides the tools Black America needs to take control of its economic future through a modern banking platform designed for its members specific needs.

“Diverse talent and leadership are key ingredients to a successful financial ecosystem. The First Boulevard team have set their sights on an important segment of the market, one which current infrastructure does not support. As investors, we believe that Asya and Donald’s platform will democratize wealth in financial services and go a long way in shaping a financial ecosystem that is fit for purpose. We’re beyond thrilled to support them on their journey to growth,” says Katie Palencsar, an Investor at the Female Innovators Lab by Barclays and Anthemis.

The company has also announced a partnership with Visa, the world’s leader in digital payments. A Visa Fintech Fast Track partner, First Boulevard will be first to pilot Visa’s new suite of crypto APIs, which will enable their customers to purchase, custody and trade digital assets. The pilot program is expected to launch later this year.  First Boulevard will also launch a First Boulevard Visa Debit card, which offers digital-first features, including early access to wages with Early Direct Deposit, a Cash Back for Buying Black™ program, and financial education and budgeting tools to improve spending habits.