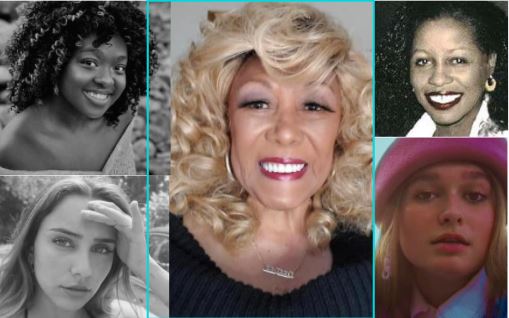 The stage is set for the Women Songwriters Hall of Fame (WSHOF) Inaugural Awards and Winter Songwriting Mixer on Saturday, December 11, 2021 in Washington, D.C. at the Capital Turnaround.  This star-studded, first-of-its-kind event features panels, workshops, artists sightings, and special performances.  The WSHOF will spotlight the women behind seminal songs and honor a galaxy of talented, trailblazing women whose work represents the heritage and legacy of the world’s music songbook.

As the definitive champions of women songwriters, the WSHOF provides opportunities to celebrate women’s outstanding, impactful songwriting and ensure that women are better represented, recognized, and rewarded for their abilities and achievements.

Janice McLean DeLoatch – Founder, Chief Executive, and Chairman of the WSHOF – shares this powerHERful message:  “We’re making history.  Women must achieve parity in recognition in comparison to male songwriters.  We know that their work represents the heritage and legacy of the world songbook.  Honoring the breadth and depth of female artistry and expression is non-negotiable.  We must do this for today’s songwriters and future generations of artists.”

During this watershed moment in history where there is vocal support pushing for equal pay for women and more inclusion for women in positions of power, the inaugural Women Songwriters Hall of Fame Awards 2021 couldn’t be more timely and relevant.  Remarkable female composers must have their unique journeys to their craft brought out of the shadows and into the light.

WSHOF is thrilled to announce their June, 2021 inductees included legendary artists Roberta Flack, Naomi Judd, Valerie Simpson, Bunny Hull, Jekalyn Carr, Jody Watley who was Host and The Go-Go’s, to name just a few of the worthy, multi-talented music impresarios being honored.  “In promoting the need for a greater gender balance in songwriting, it is such an honor to receive the WSHOF’s inaugural award.  I am extremely proud that this commitment to women songwriters has been recognized,” said 2021 Inductee –Dr. Veryl Howard.

The 2021 inductees of the WSHOF represent the songwriting community’s best and finest.  “We are pleased to honor their accomplishments with the 2021 Awards, which signify the utmost level of distinction in songwriting,” said Janice McLean DeLoatch, who is an entrepreneur and intrepid songwriter in her own right.

The WSHOF’s Legacy Honorees include a duet of songwriting legends (Dee Dee Sharp and Cynthia Biggs El).  An incredible vocalist, Dee Dee Sharp became the first true black female teen idol in the early 1960s.  A regular performer on Dick Clark’s American Bandstand, Sharp had a smash hit dance anthem with “Mashed Potato Time.”  Sharp continues to record and perform, and she has appeared in numerous television and film roles.  Prolific songwriter Cynthia Biggs El has a combined catalog of more than 400 songs, not counting the  over one hundred derivative works she has not been credited for as co-author/co-publisher.  Many of Biggs El’s songs have been released or covered by artists such as Patti LaBelle,  Jay-Z, T.I., LL Cool J, Stephanie Mills, Lou Rawls, Incognito, Dee Dee Sharp, and Faith Evans.

The inaugural WSHOF Awards are a testament to the skill, ingenuity, and vision of women songwriters.   Special Guest Performer Susan Dazell explains,  “What’s clear to me is that a strong sisterhood of female songwriters is a priority for the WSHOF.”

The day-long event on Saturday, December 11, 2021 from 2:00 PM – 8:30 PM EST at the Capital Turnaround celebrates the strength and impact women have had on songwriting.  The WSHOF brings together a diverse range of female songwriters from various genres and generations to tell their stories.  Registration is still open to sign up if you are interested in competing as a songwriter for the WSHOF Winter Songwriting Mixer!

“Women have broken barriers and smashed the songwriting glass ceiling.  It’s high-time to acknowledge them and  fête their accomplishments as artists and important cultural contributors,” said Mr. Josh Crossney, WSHOF Board Member.

The proceeds from the WSHOF’s Winter Songwriting Mixer and Awards will support the WomenSongwritersHOF©, a 501(c)3 non-profit organization whose work is dedicated to female songwriter’s inclusion, equality, and representation.  Please note that any contribution enables the WSHOF to support women songwriters and continue operations.

The WSHOF seeks sponsorships and strategic partnerships to help move their important work forward.  There is still time to be a sponsor with prime visibility for the 2021 Winter Songwriting Mixer in Washington, D.C.  There are Signature, Platinum, Gold, and Silver Sponsorship Packages available that provide excellent exposure and strong ROI.  As a sponsor you demonstrate your support for the WSHOF in facilitating the visibility relating to women songwriters.   C2 Records who is a sponsor will host a listening booth at the venue to meet their artists.

Attendees of the inaugural Women Songwriters Hall of Fame Awards 2021 and Winter Songwriting Mixer on December 11 will include artists, established songwriters, recording label executives, publicists, and production companies.  Those attending the event will learn about navigating their way through a complex, male dominated industry and breaking out from the industry’s traditional infrastructure.  The WSHOF is one of the best ways to network with your fellow female songwriters, industry insiders, mentors, and influencers.

“It is imperative to us and our growing membership, to see ourselves reflected as songwriters. It is an honor to serve as this organization’s Membership Director, with more than 90% of our dedicated staff made up of women, and 100% female representation at the Board level,” cites Wendy Dorsey of DND Music Group.

The WSHOF is actively recruiting to ensure their membership is instrumental in helping women songwriters for generations to come.  WSHOF members are female songwriters with a recognizable catalogue of songs or possess a professional affiliative presence (recording engineer, producer).

“Representation of women songwriters is one of our top priorities as we continue to fulfill our mission to honor women whose work represents the heritage and legacy of the world’s music songbook.  The WSHOF not only celebrates established women songwriters, but also serves as a resource for developing new songwriting talent through workshops, showcases, discovery, and scholarship,” said Janice McLean DeLoatch.

About Women Songwriters Hall of Fame

The Women Songwriters Hall of Fame’s mission is to honor women whose work represents  the heritage and legacy of the world’s music songbook.  It not only celebrates established women songwriters, but also serves as a resource for developing new songwriting talent through workshops, showcases, discovery, and scholarship