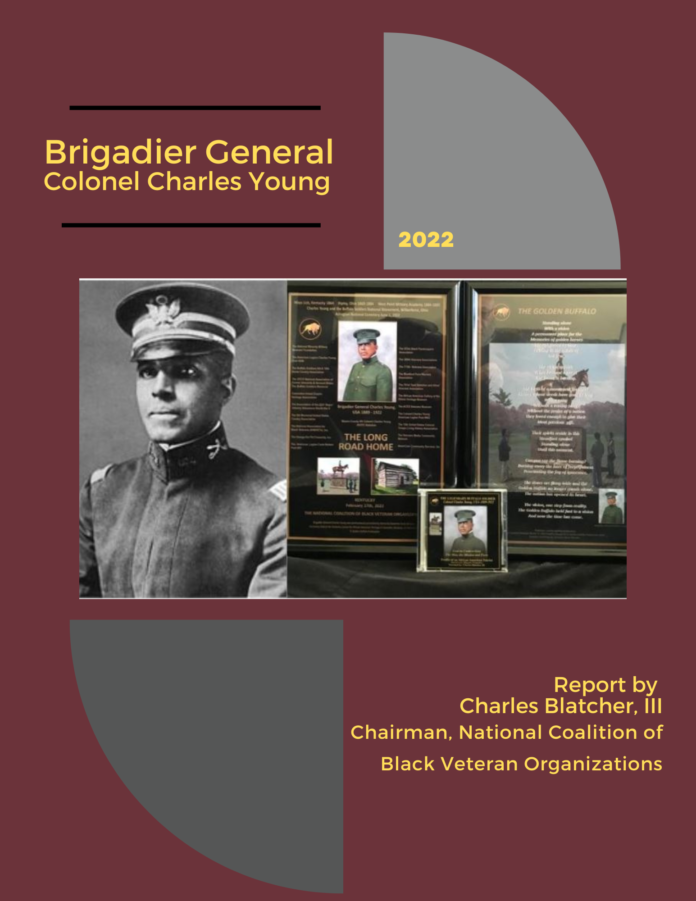 Charles Blatcher, III Chairman of the National Coalition of Black Veteran Organizations has issued its Fall 2022 report that documents the journey of Buffalo Soldier Colonel Charles Young to his earned title “Brigadier General Charles Young. Filled with history, the report documents a more complete narrative of Young and even shares untold or less-known facts about his tough, dutiful journey through the hatred of West Point, the fierce landscape of Africa, and the racism that withheld his proper honor for over a hundred years. There has been a national team that has worked some 42 years to gain justice for the now Brigadier General Charles Young. The report also thanks those tireless veterans organizations for their pivotal role in changing history.

According to Chairman Charles Blatcher, III, “There are many people —  past and present –who have assisted in the promotion of Colonel Charles Young to Brigadier General. I have been the upfront face for the advocacy but believe me, this advocacy would not have been possible without the assistance of many — too many to name without leaving someone out, which would be a shame. All have been important in bringing us here today. To the Coalition Organizations and those individuals — Thank You.”

Blatcher adds, “We have worked on this project for a longer period than Brigadier General Charles Young served in the military. Although the promotion was celebrated in February, we now issue our Final Report on the Promotion Campaign. Please enjoy the report.”