In 2010, I made the acquaintance of historian Jerry Gore and then Judge James Gallenstein and members of their families from Kentucky. They attended a program the Coalition sponsored at Arlington National Cemetery at the gravesite of Colonel Charles Young (Young was posthumously promoted to Brigadier General in the US Army in February 2022). We were there to commemorate the 87th Anniversary of his interment. They informed me about the existence of Charles Young’s birth cabin in the City of Mays Lick, Kentucky where he was born in 1864. Brother Holbert Maxey and I took a road trip from Washington to Mays Lick to visit the property. The cabin was in rough shape: one wall had imploded, and the interior was exposed to the elements. We agreed the structure would not survive too many more Kentucky winters without an intervention. Representing the coalition, our involvement has been from the very beginning, twelve years ago.

We met with the Fiscal County Courts and convinced them of the significance of the Colonel’s history and potential economic value the property could be to the county and the region. We encouraged the county to purchase the thirty-eight acres. The coalition made a commitment to assist the effort, a commitment we have held true. In September 2014, we premiered the restored structure to the public in a celebratory event that included unveiling the maquette of then Colonel Charles Young on Horseback. The event was well-attended; people came from around the country to celebrate the occasion.

However, there are a few Kentuckians who wondered why the Coalition and a guy from California are interested in the old cabin and helping them. I am positive there are people in Oakland who are wondering the same. I must admit, the first time I was ask that question, it caught me off-guard. There are worthy causes around the planet, and it is shortsighted to believe you can only embrace causes and people in your immediate location. First, we had a thirty year history advocating for then Colonel Charles Young’s promotion to Brigadier General, prior to the cabin’s introduction. We would have lent assistance regardless to where the cabin was located. Second, the project offered the opportunity to preserve and promote Black History in the region. The cabin is located geographically between two national monuments: Camp Nelson in Kentucky and the Charles Young Buffalo Soldier National Monuments in Ohio. Camp Nelson is associated with Black Military History during the Civil War; the region in between is rich with the history of the underground railroad, and Charles Young’s legacy extends from his birth cabin in Mays Lick, Kentucky to Ripley (John Parker House) and Wilberforce, Ohio, home of the National Monument named to honor him and the Buffalo Soldiers. We have joined the county in requesting President Joseph Biden use the Antiquities Act provisions to proclaim the cabin property a national monument. We gathered letters from throughout the State supporting the Presidential request.

Colonel Charles Young died on January 8, 1921, and buried the following day in Lagos, 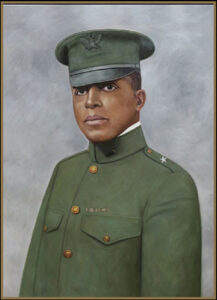 Nigeria with military honors given by British Soldiers. His wife Ada and the NAACP advocated for the return of his body to the United States. However, Nigerian Law dictated bodies cannot be exhumed after burial for at least one year. As a result, Nigeria exhumed and returned Young’s body to the United States for reburied in 1923. He was then buried at Arlington National Cemetery on June 1, 1923.

June 1, 2023, marks the 100th Anniversary of Brigadier General Charles Young’s interment in American soil. We are hopeful President Biden will mark the occasion by proclaiming the cabin a national monument to commemorate the date.

We are calling on the states’ governments to proclaim the route from Camp Nelson, in Nicholasville through Mays Lick to the Kentucky/Ohio Border, “The Brigadier General Charles Young Corridor,” in commemoration of the anniversary. We would like to have the announcement made during Black History Month, February 2023. However, deferring the sign unveiling until June 1, 2023.

We would like to have both Governors participate in the unveiling ceremony. The Ohio Omega chapter will carry the request from the bridge to include Young’s childhood home in Ripley, Ohio to Wilberforce, home of the Charles Young and Buffalo Soldiers National Monument. The designation (branding) is symbolic; however it connects regional stories into a comprehensive presentation of the history. This will be especially true if the cabin properties operated through the National Park Service. They would balance the storyline between the cabin property and the Wilberforce, Ohio National Monument. Visiting one location is expected to encourage a visit to the other regional locations. The Corridor designation would benefit the region by suggesting there is more to see, and there is, including meeting genuinely nice people.

There is a wealth of history in the region beginning from either end. In Louisville there is the Brigadier General Charles Young Flag Memorial, and our exhibit and maquette of Brigadier General Young on horseback located at the Kentucky African American Heritage Center. 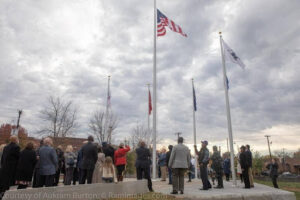 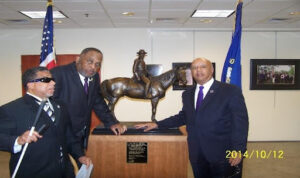 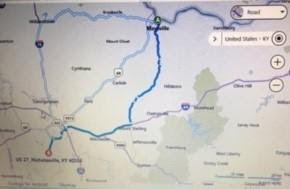 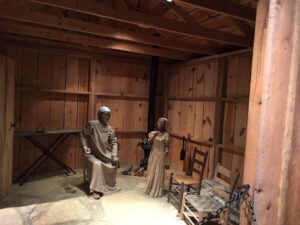 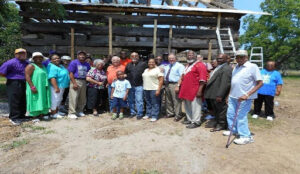 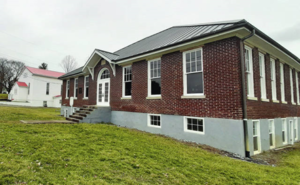 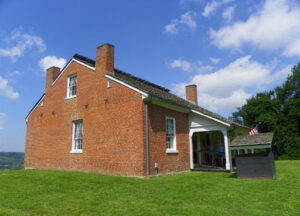 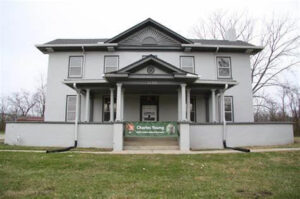 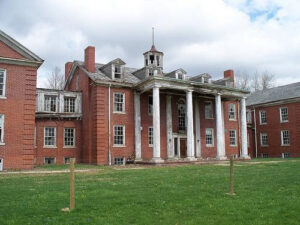 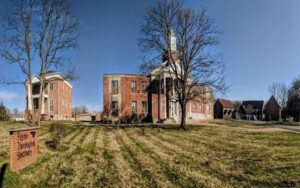 No rights claim for institution Photographs