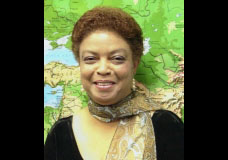 On April 13, Dr. Sherrill D. Wilson who  earned a Ph.D. in Urban Anthropology from the New School for Social Research and is  the former Director of the African Burial Ground Archaeological Project in New York City, will deliver a presentation on “The African American Experience in Early New York” at the African American Museum in Hempstead, New York.

Dr. Wilson lectures and writes on the subject of the African presence in northern colonial era cities. She has lectured at the Smithsonian Institute, Columbia University, the American Museum of Natural History, NY National Monument African Burial Ground and numerous other organizations and institutions, nationwide and internationally.

The slide presentation focuses on the people, places and events that highlight the history of the Africans presence in 17th and 18th century NYC. Enslaved Africans in 18th century NYC made up the 2nd largest group of enslaved people in colonial America, second only to Charleston South Carolina. NYC’s role as a major port was instrumental in this business of selling human beings under both Dutch and British occupation. Locations such as the Slave Market at Wall Street, the National Monument NY African Burial Ground, Seneca Village, and Harlem, USA all document the stories of Africans who helped to build NYC.