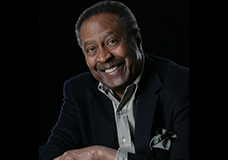 The University of San Francisco (USF), in collaboration with San Francisco Mayor Ed Lee and The San Francisco Human Rights Commission, hosted an event to commemorate the 50th anniversary of the March on Washington and honor Clarence B. Jones.

“Dr. Jones is a living legend,” said Mary J. Wardell-Ghirarduzzi, Vice Provost for Diversity Engagement and Community Outreach at USF, who worked closely with Mayor Lee’s office to organize this event. “As an internationally recognized leader in the civil rights movement, Dr. Jones brings unmatched experiences and historical richeῳ that should be known and celῥbrated by all. This anniversary is a remarkable opportunity for our campus community, city, and country to take time to ponder the past 50 years of America ‘s timeline.

Jones, a product of early childhood Catholic education himself, is co-author of “What Would Martin Say?” and “Behind the Dream: The Making of the Speech that Transformed a Nation.” In 1967, he became the first African American to become a partner in a Wall Street investment-banking firm, and in 1999, he was awarded White House Letter of Commendation by President Bill Clinton for his 1963 civil rights work in Birmingham, Alabama.

Jones was the chief negotiator during the 1971 Attica uprisings and massacre. His timely copyright of King’s “I Have a Dream” speech provided intellectual property protection to that historic document, and he personally smuggled out the “Letter From Birmingham Jail” on toilet and other scraps of paper.

Since the fall of 2012, Jones has served as USF’s first-ever Diversity Scholar and has taught the undergraduate course “From Slavery to Obama.” “This course is fundamentally a tribute to the legacy of Dr. Martin Luther King Jr., my beloved friend and colleague, whose extraordinary leadership transformed America,” Jones said. “It is designed to enable honest and critical discussion of race in our country.”

Jones will again teach “From Slavery to Obama” to USF undergraduates this semester. The course will include readings, lectures, and guest speakers, focusing on the people and events that shaped America’s efforts to abolish slavery, address its historical consequences, and create a society based on racial equality.For his extraordinary work, the University of San Francisco awarded Jones with an honorary doctoral degree in Dec. 2011.