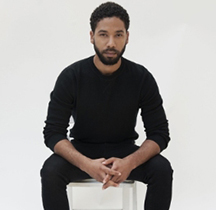 “We are honoring three remarkable individuals and an exceptional corporation who have made heroic contributions to the fight against HIV/AIDS,” said Phill Wilson, President and CEO of the Black AIDS Institute. This year’s event will focus on Family and Black Lives Matter.

“We seem to have an epidemic of unarmed young Black men and boys being killed by police,” says Wilson.  “The bar for killing a Black male in America has gotten tragically low.  Our righteous indignation over the complete disregard for Black lives cannot begin when we are dead in the streets.  Black Lives have to matter when we notice the achievement gap between Black boys and other racial ethnic groups that start as early as the sixth grade.  Black Lives have to matter when the unemployment rate for Black teenage boys in Chicago is over 50%.  Black lives have to matter when nearly half of the new HIV cases in America are Black.  30% of Black gay and bisexual men in America are already infected with HIV and 60% of them don’t know it.  AIDS in America today is a Black disease.  You can’t believe Black lives matter and not be concerned about the HIV/AIDS pandemic in America.  The Black AIDS Institute exists because Black Lives matter!”