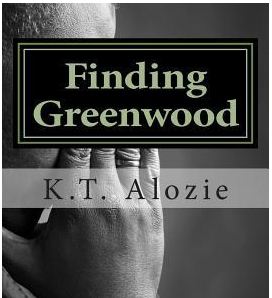 Like many who watched Black Panther this year, you may have been equally amazed and impressed by its portrayals of black excellence. The film featured Wakanda – a country with vast and well-managed resources, an educated and sophisticated black population and superior technology. For many members of the black diaspora it was not just entertaining. It was inspiring. “Now, why can’t we do something like this?” was uttered by many a black viewer. The answer? It has been done and not just once. In fact, there were many prosperous black enclaves throughout the United States. Perhaps the most prominent of them all was Greenwood.

The Black district of Greenwood in Tulsa was so prosperous that it was known at the time as “the Negro Wall Street.” Nowadays, it is commonly referred to as “the Black Wall Street.” Due to legal segregation in place at the time, many blacks lived together in Greenwood, spending money earned indirectly from Tulsa’s oil boom. The community was filled with black-owned businesses, including hospitals, law firms, grocery stores, churches, movie theaters, newspapers and night clubs. In fact, the black dollar reportedly circulated 19 times before leaving the community (today, this number is estimated at just six hours!).

“It was a neighborhood where you could be treated with respect,” said Olivia Hooker, who was just a child at the time living in Greenwood with her family.

On May 30, 1921, Dick Rowland, a 19-year-old black male, was accused of assaulting Sarah Page, a 17-year-old white elevator operator. By a number of accounts, Rowland tripped as he was exiting the elevator and grabbed Sarah’s arm. She screamed and Rowland fled. Those nearby assumed that he had assaulted her.

It didn’t take long before Rowland was arrested in Greenwood. An angry white mob soon assembled outside of the prison and wanted the police to hand over Rowland so that they could lynch him. Tired of the recent string of mob lynchings, a group of black armed men also stood outside the courtroom. An altercation between the two groups resulted in gunfire and rumors spread that blacks were attempting to take over Tulsa in a purported race war. Many white mobs invaded Greenwood, burning buildings, looting stores and murdering its residents.

Less than 16 hours later, the Tulsa Riots would leave the entire community decimated. It was not taught in schools and even many Tulsa residents are unfamiliar with the Tulsa Riots. It was not until decades later, when the survivors fought for reparations, that the Riots became a part of popular discussion.

How Do I Learn More About This?

KT Alozie is an award-winning writer with a passion for all things history. Surprised that he had not learned about the Greenwood District in school (he has a Bachelor’s and two Master’s degrees) he developed a keen interest in it and read everything he could about the famous Black Wall Street. A scriptwriter since the age of 17, he was excited to develop two stories on the subject matter to build awareness of this prosperous community as well as the events surrounding its demise. His dream is to one day see this story produced for both the big and small screens and to work on projects where art and finance intersect, thereby combining his experiences as a writer and investment banker.