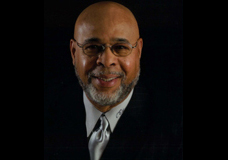 Statues, monuments, government buildings and military installations are supposedly named in honor of outstanding individuals deserving of the recognition. In August 2017, the National Coalition of Black Veteran Organizations contacted the Army Chief of Staff, General Mark A. Milley regarding the names of some Army Bases that missed the mark of honor.

The Army maintains eleven Installations named in honor of Confederate Soldiers. They are as follows: Fort Hood, Texas, Fort Lee, VA, Fort A.P. Hill, VA, Fort Pickett, VA, Fort Polk, LA, Fort Rucker, LA, Camp Beauregard, LA, Fort Benning, Georgia, Fort Bragg, NC and CA and Fort Gordon, GA. The Soldiers for whom they are named are a cast of characters that shared the distinction of committing treason against the nation. As an example of their characters: Fort Gordon, Georgia is named after Confederate General John Brown Gordon. Gordon is noted for heading the Georgia Ku Klux Klan. Fort Benning, Georgia is named to honor Confederate General Henry Benning noted for his advocacy for slavery. Lastly, Fort A.P. Hill is named after Confederate General A.P. Hill. He is noted for his soldiers killing Black Union soldiers who surrendered. There is not a single Installation in the nation named in honor of a Black Soldier.

The names of the bases are as symbolic in intent as the monuments erected to honor those men. The honor is a false claim, they are Traitors. The message it conveys by location and grandeur is one of government/public acceptance in the message of hate and division. The public has raised its voice regarding the unfitness of the message. Some local governments are taking the necessary steps to remove them from public squares.

Have you ever wondered why the bases are named honoring Confederate Soldiers? The honors are physical dog whistles, a reminder of the Old South. The Southern States shared a common bond to the institution of slavery. The bases were named in an act of appeasement to the South for the disruption of life caused with the passage of the Emancipation Proclamation. President Lincoln was not sympathetic to the human suffering caused by slavery. In comments on September 12, 1864 the President is quoted speaking about the use of Blacks in the war effort “….We cannot spare the hundred and forty or fifty thousand now serving as soldiers, seamen and laborers. This is not a question of sentiment or taste, but one of physical force which may be measured and estimated as horsepower and steam power are measured and estimated. Keep it and you save the Union. Throw it away, and the Union goes with it.” (End quote) Recognizing the monuments and bases are just another way of promote racial intolerance. Can you name another country in the world that erect statues and name military installations honoring Traitors? To maintain the monuments and current names of the military installations is an insult to the men and women of color who have served and those garrisoned at the bases.

We have not heard from the Army Chief of Staff regarding our August 2017 correspondence. We have reached out to Senator Kamala Harris’ Office with a request that they follow-up with the Army on our behalf. There must be a document in the Army’s Files explaining why they are maintaining names on bases honoring men who committed treason against the nation. We encourage you to contact your Congressional Representative to support our call to make America great by acknowledging Black Patriots and other Minority Americans who are noteworthy of the public recognition.

This article may be republished or printed after sending notification to: cnmmmf@aol.com.