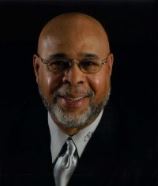 Those who pay attention to the political winds understand we are living in peculiar times. What we have experienced during the past year represents a major downslide in democracy.  Donald Trump and Hillary Clinton squared off in the general election. The election was different. Regardless of who won, the results were going to be the same political gridlock and legal wrangling. The campaign set the stage for the political chaos that we are witnessing now.

The universe threw the nation a curve-ball during the campaign and election. The one favored to win, Clinton, lost and the one who planned to lose, Trump, won if you judge the winner by who was elected.  Let me explain that statement.  If Hillary would have won the election, she would have had four more years of hearing about Benghazi, the e-mail server, and the Clinton Foundation. The topics would have been the themes of the Republicans Party throughout her tenure in office. If by chance the Republicans maintained control over both the House and the Senate, as they do today, it would have offered them the opportunity to impeach the second Clinton in American History. That is not said to prejudge her culpability, the Party would have targeted her the same as they did President Obama regardless. We must not forget Mitch McConnell led the Republican Party in pledging to make Obama a failed one-term President. Hillary would’ve had the same hell waiting for her if she had won. In some regards, she really won by losing. Trump is now mired down with the troubles of the world and more legal problems than he had bargained. Had she won, it would have been her with the same multiplicity of problems.

Winning the Presidency was not Donald Trump’s objective. His plan was calculated on losing the election. He had built quite a sizable following of supporters through the primaries and general election. It was reported that he compiled a mailing/donor list of over fourteen million. His objective was to remain a political force. He would turn his support base into an advocacy group against the Clintons and the Democratic Party.  He could continue to promote his ideas and market his hats while maintaining some political clout. He is the leader of the Trump Wing of the Republican Party.

As I said before, the universe threw us a curve ball during the Primaries. There is an old saying that goes, “Be careful what you ask for, because you just might get it.” Trump claimed the prize, President of the United States of America.  Ask him how he arrived at the pinnacle of power, he will attribute it to his own brilliance.  Do not believe it. He owes his election to a disgruntled portion of the population, the Russian Government and Julian Assange the founder of Wikipedia. It’s immeasurable the number of voters they swayed with the misleading articles they circulated and email releases from Hillary and the DNC. If Trump had assumed that he could have won, he would have been more prepared to govern upon taking office. Over a year into his term, there are countless important positions in Government that has not been filled.  Judging from his choice of Cabinet Members and other appointees, he has not done the nation any favors with his choosing’s. He has placed and attempted to place people totally unqualified in positions of importance. Case in point, he sent a young man forward for Senate confirmation to a Federal Judgeship, a lifetime appointment that had never argued a case in Court or taken a legal deposition. It was a leap too far for even the Republicans on the committee. Maybe it is good for America that he has not filled all the positions.

In the coming weeks the United States is supposedly entering talks with North Korea in hopes of avoiding war. We do not have an Ambassador assigned to South Korea. Trump’s nominee took himself out of consideration after hearing the plan.  Recently, he fired the Secretary of State and dispatched his daughter to brief the Prime Minister of South Korea. Retired General Barry McCaffrey recently commented that he felt Trump was a serious threat to US national security. That statement should be taken serious coming from a man whose life has been dedicated to the defense of the nation.

There is cause to wonder if the upcoming meeting is a serious undertaking for the Administration. From all indications, do not expect a major agreement. The President will keep the options of war open.  It is his last resort to focus public attention on something other than his alleged criminalities. For those who have not been paying attention, the President has some serious legal problems. In addition, he has Stormy Daniels, a porn star trying to tell something on him that he is fighting to keep secret. Do not be surprised if it is pertaining to an abortion or paternity. What else could it be? His wife has accepted the fact that he is not faithful, and stayed. So what could it be that makes him want to silence Ms. Daniels?  The closer the Special Persecutor, Robert Mueller, gets to him and his family in the investigation, the more erratic decision-making we can expect coming from the White House. Will the United States House of Representatives allow the President to continue making a mockery out of our justice system? Will they allow him to start a nuclear war as a distraction from his personal problems?  Will the Republican Party come to their senses and support his impeachment from office? It would go a long ways in the redemption of the Republican Party and restoring public faith in our justice system and political institution.