Three winners will have their works premiere on HBO in 2019. Shown is the 2018 reel highlighting the winner. HBO, home to the shows that everyone is talking about,  announced today the call for entries for its third annual Asian Pacific American Visionaries, the leading short film competition showcasing cinematic storytellers of Asian and Pacific Islander descent. The top three winners will receive cash prizes and the opportunity to premiere their works on HBO (and/or its on-demand, digital and/or social platforms). For complete rules and guidelines, visit www.hbovisionaries.com. All submissions are due by Wednesday, November 14 at 11:59 p.m. EST. Follow the conversation on social media using #hbovisionaries.

Established in 2016, HBO Visionaries provides an unprecedented platform for emerging filmmakers to share their unique and diverse perspectives of the community. For this year’s competition, HBO is seeking innovative storytellers whose works reflect the modern Asian Pacific American experience. Serving as the ambassador and spokesperson for the 2019 HBO Visionaries program is Indian American actress Sujata Day. Previous ambassadors have included Westworld‘s Leonardo Nam and Silicon Valley‘s Jimmy O. Yang.

Judges for the competition include HBO executives and representatives from leading Asian American media organizations including the Center for Asian American Media (CAAM), the Coalition of Asian Pacifics in Entertainment (CAPE) and Visual Communications.

“HBO Visionaries is a terrific example of a proactive approach towards addressing Asian American representation,” said Sujata Day, who has also produced, written and directed a number of short films. “Although we’re seeing more APA faces in mainstream films and television these days, it’s also important that our stories are being told authentically and that’s where this competition comes in.”

“It’s been a watershed year for Asian Americans in Hollywood and we plan to continue building on that momentum through HBO Visionaries,” said Jackie Gagne, VP Multicultural Marketing at HBO. “HBO is proud to present a competition that is not only contributing to the conversation but also discovering some incredible talent along the way.”

“Competitions like HBO Visionaries offer our community the chance to share our stories with a mass audience,” said Stephen Gong, Executive Director of CAAM. “We’re thrilled to be working with HBO to help seek out a new generation of APA directors.” 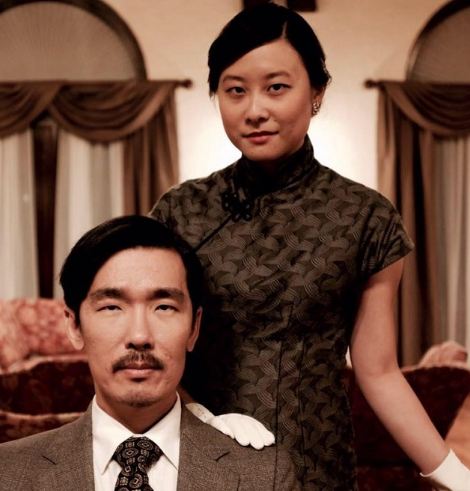