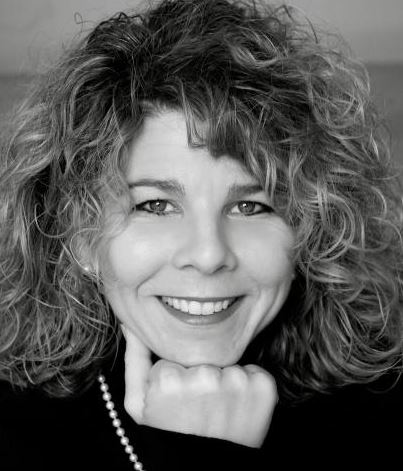 The results are in: 2017 was no different than the last 11 years for female, Black or Asian directors working on 1,100 top films

The Golden Globe Awards will present yet another man its Best Director award , giving the cold shoulder to female directors such as Greta Gerwig, Dee Rees, Patty Jenkinsand Kathryn Bigelow. But a new report on films from 2007 to 2017 reveals a larger problem than a lack of award nominations for female directors. Diversity in the director’s chair is virtually nonexistent, and gender in the executive ranks of major companies remains grossly imbalanced.

The report, entitled “Inclusion in the Director’s Chair?” analyzes new data on movies released in 2017. Authored by Professor Stacy L. Smith and the USC Annenberg Inclusion Initiative, the report is the most comprehensive intersectional analysis of directors of motion pictures to date, combining data on the gender, race and age of 1,223 filmmakers working on 1,100 top-grossing films released between 2007 and 2017. The analysis also focuses on women in executive and leadership ranks at major media companies. The results reveal that for female, Black and Asian directors, the doors to Hollywood remain mostly closed.

Only 4% of all directors across the 1,100 top films from 2007 to 2017 were female, a ratio of 22 males to every one female director. Moreover, only four Black females, two Asian females, and one Latina have worked as directors on those 1,100 films over the span of 11 years analyzed. There has been no change over time.

“Hollywood’s ‘female director problem’ has been the source of much dialogue over the past several years. The evidence reveals that despite the increased attention, there has been no change for women behind the camera,” said Dr. Smith. “Mere conversation is not the answer to these problems—and the time for conversation is up. Until major media companies take concrete steps to address the biases that impede hiring, nothing will change.”

The majority of female directors (83.7%) worked on only one top-grossing film across the time frame, including all four of the Black female directors. Slightly more than half (55.3%) of male directors only worked once over the 11-year sample. Notably, the 8 female directors added to the list in 2017 are all new to the study—which the authors state is another indicator that little progress has been made.

“As we said last year, most female directors are ‘one and done’ when it comes to helming popular films, particularly women from underrepresented racial/ethnic groups,” said Dr. Smith. “In 2017 none of the women entering the ranks of 100 top film directors appeared in our study previously. This is not true progress. Real change means that we see women working across multiple years and that the number of opportunities for female directors expand each year.”

The number of films directed by both males and females over the 11-year time frame was assessed. Male directors worked on as many as 15 films, while females did not exceed 4. One explanation for this disparity is the age at which directors work. Men create films over a span of nearly 60 years, from their 20s to their 80s. Women, however, work across only four decades, from their 30s to their 60s.

The study also explores the small percentages of Black and Asian directors working behind the camera. Only 5.2% of the 1,223 directors of 1,100 top films were Black, and 3.2% were Asian. This translates into 31 individual Black directors and 20 Asian directors of popular movies released from 2007 to 2017. Again, no change over time was observed.

The researchers suggest that the lack of opportunities for Black directors is tied to who appears in the films they direct. For Black directors, 81% of the movies they helmed had a Black actor among the two top-billed cast. “Hiring patterns that rest on ‘matching’ director race to the race of the top cast partially explain why we see little change over time,” said Dr. Smith. “The identity of the director must be uncoupled from industry expectations about what kind of stories he or she can tell if any progress is to be made.”

The report details the number of films by female, Black, and Asian directors released by each of the major film distributors over the 11 years studied. Warner Bros. released the most female-directed films, with 12 movies between 2007 and 2017. Lionsgate topped the list for Black directors, putting out 18 movies—15 of which were helmed by Tyler Perry. Universal released 13 movies with an Asian director between 2007 and 2017, the leader in that category. Importantly, Disney did not release a single movie with a Black director from 2007 to 2017.

Women are Underrepresented in the Executive Ranks at Major Media Companies

The new report also includes a profile of the executive ranks at seven major entertainment companies. Across all seven corporations, 18.8% of the board members are female, along with 17.9% of the C-suite positions (CEO, CFO, CTO, etc.). Looking more closely at film executives in particular, 31% of those ranks are filled by women. In the executive ranks, females are more likely to appear in EVP, SVP, and VP positions than at the apex of organizations in President or Chairperson jobs.

“It is no surprise that an industry which does not hire female directors also lacks women in leadership roles across the organizations that finance and distribute content,” said Dr. Smith. “Inclusion is not a one-time problem to be solved, it is a systemic issue that must be addressed by individuals at all levels of these companies. If these companies are going to meet the push for 50/50 by 2020, this data shows how far they have to go.”

Alongside executives, agency representation of directors was examined for female, Black and Asian directors. Most directors in the study had representation at one of the three major Hollywood agencies, with Creative Artists Agency (CAA) representing the largest number of female and Black directors. “While the directors in this study have agents, they are still not getting work at the same rate as their white male peers,” said Dr. Smith. “All of the agencies must work to determine where the disconnect is between signing director clients from diverse groups and ensuring they are actually hired to the same extent as white males.”

Other report highlights include an assessment of the genre of films made by women, Black, and Asian directors. The authors also offer solutions for consumers and shareholders to address the ongoing disparities behind the camera. The report is the latest from the Annenberg Inclusion Initiative, and can be found online here.