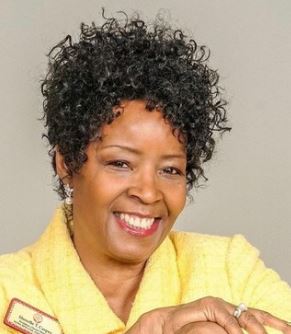 Some 86 years ago in 1934, Emma Odessa Young, a realtor in New York City and a member of the New York Club of Business and Professional Women, came up with the idea of establishing a national organization throughout the United States. In July 1935, Ollie Chinn Porter, president of the New York Club, extended an invitation to local clubs, organized as Business and Professional Women’s Clubs, to join and form a national organization. During that era in history, Black people were referred to as “Negroes”; therefore the word, “Negro” is used in the name of the national organization as opposed to “Black” or “African American.” The fact that these black women had the courage to found such an optimistic organization is astounding and a lasting testimony to the faith they had in themselves, their people, and the future.

Prior to her recent election, Sherelle Carper was the president and co-founder of the Northern Virginia Business & Professional Women’s Club; the club was established as one of the Mid-Atlantic regional clubs of the national club. She started as a junior member with the national club and remained with that club until she was old enough to become an adult chartered member. Carper obtained her education from the University of Virginia and the Darden Graduate School of Business Administration. A resident of Centreville, Virginia, she worked as an air traffic controller at the Federal Aviation Administration. She also was a manager at the FAA. Carper has been vigilant in her support of local community groups and organizations. She currently serves on the advisory board of Fairfax-based Global Woman P.E.A.C.E. Foundation.

You Must Understand: Know your place???

By Roy Douglas Malonson Now, yet another “trial of a century” is gearing up for center stage as a...
Read more
Front Page