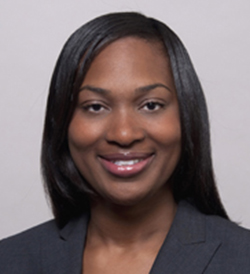 Delaware Chancery Court Justice Tamika Montgomery-Reeves will be sworn in as a Justice on the Delaware Supreme Court. Her swearing in comes after several months of advocacy by over 5,000 of Citizens for a Pro-Business Delaware’s (CPBD) members who urged Governor Carney to nominate a person of color to the vacant seat. CPBD Campaign Manager Chris Coffey has released the following statement:

“This is a historic day for Delaware. Make no mistake about it, Justice Montgomery-Reeves’ new role as a Delaware Supreme Court Justice is an incredible step forward for progress in a state that has lagged behind for far too long when it comes to matters of racial equity in its judicial system, propping up a status quo of an all-white boys club. By nominating the state’s first African American justice to serve on the Supreme Court, Governor Carney heeded the call of thousands of our members for more diversity in Delaware’s Justice System, but there is still much more to do.

One Supreme Court appointee alone will not undo the systemic issues in the Delaware judicial system. As noted in a 2019 Brennan Center for Justice report on state Supreme Court diversity, a historic lack of diverse representation in state Supreme Courts has led to a ‘deep distrust of courts among African Americans.’ This failure of diversity is endemic to Delaware’s entire legal industry, as top law firms like Skadden Arps feature zero people of color in leadership positions. The law firms that produce Delaware’s judges must also reflect the diversity of Delaware’s citizens to produce a fair and diverse court system.

While Justice Montgomery-Reeves’ swearing in today is a vital first step, it must be accompanied by a persistent commitment to diversity and common-sense reforms to increase transparency and accountability in the Delaware courts, including those in our platform. And it must be accompanied by ensuring that whoever takes her place on the Chancery Court is also a person of color. Diversity transferred is not diversity created.

We have an opportunity to put a swift and decisive end to the old boys’ clubs of the past.