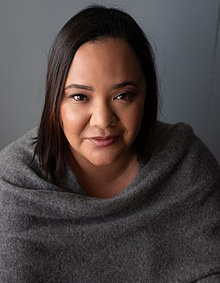 Dream Hampton’s recent works include Lifetime’s Emmy-nominated Surviving R. Kelly, which broke ratings records and had wide and far-reaching impact; Frameline feature documentary Treasure; HBO feature documentary It’s A Hard Truth Ain’t It; and BET docu-series Finding Justice. In 2019, hampton was named one of the TIME 100 most influential people in the world.

Approaching the centennial anniversary, Black Wall Street (wt) weaves together past and present to recount the Tulsa Race Massacre—one of the worst episodes of racial violence in US history: Between May 31 and June 1, 1921, more than 300 African Americans were slaughtered, thousands displaced, and the city was set on fire. The tragedy was covered up and left out of history books. Today, Tulsa’s mayor, G.T. Bynum, has opened a controversial investigation to locate the unknown sites of the mass graves and provide a level of closure and justice for a broken community. But the investigation is up against those with power and money in Oklahoma, who would rather leave history ignored.

“After 99 years of silence, Black Wall Street needs to be told, and there’s no one better than dream hampton to bring it to life. Driven by social justice, her sensitive yet hard-hitting approach will honor the fallen and help heal a wound by shining a light on a story that’s been brushed under the rug for far too long. If the recent tragic stories of George Floyd, Breonna Taylor, and Ahmaud Arbery have shown us anything, it’s that there’s still much work to be done,” said J.C. Mills, President and Commercial Director, Cineflix Productions.

“Black people from Tulsa have refused to let the Greenwood District Massacre be erased from history. I’m so inspired by their persistence to lift up the stories of what North Tulsa was before the massacre. They are proud that their ancestors, just a generation out of slavery, purchased land and created businesses that personified Black excellence. As the centennial approaches they are still searching for a mass grave they believe contains the bodies of the victims of the Black Wall Street Massacre, and they are still demanding reparations. I’m inspired to learn this history from them, and to tell their ongoing story,” said dream hampton.Attachments area