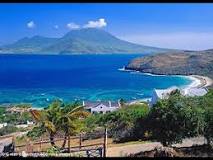 Foreign investors who became successful in acquiring second citizenship from the Federation of St Kitts and Nevis made a difference to their new adoptive country. An overview of the past five years of governance under Team Unity notes that the country’s Citizenship by Investment (CBI) Programme brought substantial value to residents after it was reformed, at times estimated at 35% of the Federation’s revenue.

Established in 1984, the St Kitts and Nevis CBI Programme underwent significant transformations in recent years, which earned it the ‘Platinum Standard’ status. This included an overhaul of its due diligence checks, prioritising external partnerships, and creating the Sustainable Growth Fund. The latter was introduced by Prime Minister Timothy Harris in 2018 as the fastest route to second citizenship.

“Robust due diligence became the cornerstone of an improved programme,” the source cites. “The success of the CBI program resulted in the program contributing, at times, up to 35% of government revenue and allowed for further development and socio-economic programs on the island.”

The fund option proved particularly beneficial to developing tourism, improving skill sets, and paying off debts. “[F]unding was obtained for a second cruise ship pier and the funding of the STEP program which provides skills to increase job opportunities,” reads the document. “Through good fiscal management of resources, the program assisted in the repayment of the country’s IMF loan and the establishment of economic buffers for the country.”

Having handled the pandemic well, foreign investors started enquiring more about how they can legally become citizens of this Caribbean oasis. “Despite the economic impact of Covid-19, interest in the St Kitts and Nevis Program has increased,” the source notes. “In fact, the pandemic has resulted in increased demand for second citizenship and clients are looking for a program which is high on integrity and trust and has withstood the test of time.”

Learn more about obtaining citizenship within 60 days via the fund option here.