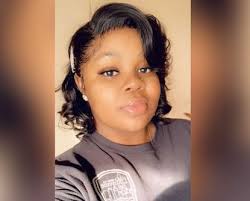 The group will converge in Louisville, Kentucky on Saturday, August 8 in collaboration with local activists and faith leaders to organize activities, events and a direct action to demand that the police officers involved are charged, including Detective Joshua Jaynes, who lied to obtain the no-knock warrant.

“This is our generation’s Selma moment as we shift the moral compass of the nation towards beloved community through civic engagement and civil disobedience as we pursue justice for Breonna Taylor,” said Rev. Stephen A. Green, Chair, Faith for Black Lives.

“Now more than ever it is important to continue the action and conversation around Breonna Taylor to bring justice to her life and the lives of innocent civilians at the hands of the police. A group of activists, leaders, and influencers will move to Louisville, Kentucky until an arrest has been made of Breonna Taylor’s killers,” said Tamika Mallory, Co-Founder of Until Freedom.