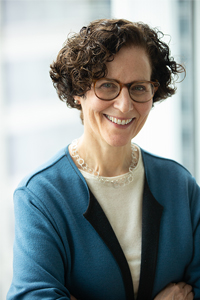 Verdict Is a First Step Toward Tackling the Systemic and Ongoing Problem of Police Violence, CAP’s Mara Rudman Says

The conviction of Derek Chauvin for all three charges is a needed step to ensure that he is held accountable for the murder of George Floyd. The evidence against Chauvin was overwhelming: multiple video recordings of the crime and eyewitness testimony, testimony from use-of-force experts and medical examiners, and evidence from other Minneapolis Police Department officers, including the chief of police. Any other result would have dealt a significant, almost insurmountable blow to the ideal of an American justice system that is capable, in any way, of holding police officers accountable.

Still, today’s verdict does not erase the fact that all too often police are not held accountable for using deadly force against Black and brown lives. Even since the nationwide outcry against the murder of George Floyd, police have continued to kill other unarmed Black and brown Americans. In just the past two weeks, two more people—Daunte Wright and Adam Toledo—were added to the long list of unarmed Black and brown Americans murdered by the police: Breonna Taylor, Rayshard Brooks, Daniel Prude, Atatiana Jefferson, Stephon Clark, Botham Jean, Alton Sterling, Tony McDade, and Freddie Gray, among so many others. The list goes on and on.

It is past time for lawmakers at all levels of government to seriously tackle the systemic and ongoing problem of police violence. They must strengthen laws to stop police violence, shrink the scope of policing, and empower the voices and leadership of community members to ensure public safety, and—above all—reaffirm that Black lives matter. That starts at the federal level by passing the George Floyd Justice in Policing Act, which among other things criminalizes reckless uses of excessive force, authorizes states to investigate patterns and practices of unconstitutional policing, and prohibits racial profiling.

Chauvin’s conviction does not solve the problems of police violence and lack of police accountability. Policymakers must act with urgency and meaningfully show that those entrusted to enforce the law are not above the law.