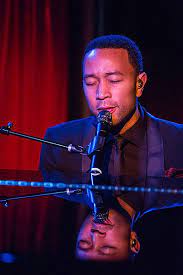 This national initiative includes an executive fellowship program, in partnership with FUSE Corps, a national nonprofit with a decade of experience in this field, that will place executive fellows in 11 communities: Atlanta, Austin, Birmingham, Durham, Houston, Los Angeles, Milwaukee, New Orleans, Oakland, Pittsburgh and Washington, D.C. — cities and counties that collectively represent over 20 million people. These fellows will work with local communities to develop strategic impact projects designed to address immediate needs while working toward sustainable and equitable policies in the areas of jobs, housing, education, health, and the criminal justice system.

“We’ve started an initiative called HUMANLEVEL where local governments have invited us to work on specific projects to make their communities stronger and more equitable. Many of the problems our country faces today are difficult to address at the federal level. Many issues are really at the doorstep of your mayor, your county council, and your community leaders coming together to answer questions about how we can support each other, keep each other safe, and rebuild our country in a way that truly includes everyone.” said John Legend.

While economic inequality has been rising, racial residential segregation has been escalating as well. More than 80% of major metropolitan areas in the United States are more segregated today than they were in 1990. Even affluent and middle-class people of color disproportionately reside in lower-opportunity neighborhoods, while lower-income white people have access to higher-opportunity communities.1

HUMANLEVEL champions the power of local government to improve lives by working to optimize how cities generate and allocate money for essential services, while ensuring those services are available to those who need them most. The initiative will also engage in a public education effort to raise awareness of systemic inequities, and highlight the reality that much of our urban policy infrastructure is in need of investment.

HUMANLEVEL recognizes that government officials and community leaders at the city and local levels are best suited to address the issues they witness and experience in their communities. It is also based on the understanding that meaningful social change rarely is driven by a single individual, organization, or sector, but rather requires cross-sectoral partnerships. Therefore, the initiative:

“Our goal with this partnership is to take a deeper look at the issues from a human level, with a focus on actions city leaders can take to tackle systemic racism. No single solution will fix the racial and ethnic disparities we see across issues—from housing to education to the workforce—but we must approach this work with a sense of collaboration and urgency,” John Legend said.

HUMANLEVEL’s innovative community partnerships are specifically designed to have the biggest impact in advancing equity across a range of issues like jobs, housing, education, and health. Projects include:

FUSE Corps CEO James Weinberg added, “The current social and economic disruptions have created a unique opportunity in which we can truly reimagine and rebuild our cities. There is inspiring change happening at the local and regional levels—not as a substitute for national policy, but as a spark and guide for it—and we are thrilled that FUSE Corps, in partnership with HUMANLEVEL, can help drive this local momentum.”

“We welcome this partnership with John Legend and FUSE Corps, which is helping build our capacity to respond to the current crisis in ways that will have lasting impact throughout our city,” said Birmingham Mayor Randall Woodfin. “Through this program, we are hosting phenomenal leaders who are accelerating progress on some of our most important priorities like college affordability, improving access to affordable housing, and creating healthy communities. In addition, this program also connects us within a network of cities who are exchanging best practices on a whole range of other interconnected issues as we work to better meet the needs of our communities.”

HUMANLEVEL builds on John Legend’s FREEAMERICA, which aims to end mass incarceration and invest in communities. HUMANLEVEL is a natural progression of the work FREEAMERICA has done to date fighting for freedom from disproportionate incarceration to systemic barriers.

Recognizing that we are all accountable to the urgent work of building a more just, more equitable world, the initiative is also calling on audiences to learn more about community-specific issues, projects happening locally, and how they can get involved by visiting www.humanlevel.org.

In an essay competition Legend won at age 15, he wrote of his dream to become a star recording artist and to use his influence and resources to give back to his community.

In 2007, Legend started The Show Me Campaign, to give every child access to a quality education as well as address systemic issues in our criminal justice system that disproportionately impact the poor, minorities, and disadvantaged.

Legend launched LRNG Innovators, in partnership with The National Writing Project and support from The MacArthur Foundation, to empower teachers to redesign learning and connect students’ passion to purpose.

In 2014, Legend launched FREEAMERICA, to amplify the voices of those impacted by the criminal justice system and those working to change it in an effort to challenge stereotypes, break down barriers, and end the era of mass incarceration.

In 2020, Legend launched HUMANLEVEL, to support local governments as they address the racial inequalities that exist across every indicator for success— health, criminal justice, education, jobs, and housing. By supporting innovative projects, encouraging policy change, and highlighting human stories, Legend aims to advance the effort to achieve racial equity at the local, state, and national levels.

In addition to Legend’s signature initiatives, he currently serves on the Advisory Board of FUSE Corps, The Quattrone Center for the Fair Administration of Justice at the University of Pennsylvania Law School and Teach for All. Legend is also on the Board of Directors for the NAACP Legal Defense Fund, Harlem Village Academies and Governing Board of Management Leadership for Tomorrow.

About HUMANLEVEL
Founded by John Legend, HUMANLEVEL is igniting systemic change and building racial equity across American cities and communities. Through hands-on work with cities that places 50 changemakers in local government, encouraging policy change, and highlighting human stories, HUMANLEVEL aims to advance the effort to achieve racial equity at the local, state, and national levels.

About FREEAMERICA
Founded by John Legend in 2014, FREEAMERICA is a campaign to transform America’s criminal justice system. When 70 million individuals across the country have a criminal record, mass incarceration can only be categorized as an epidemic due to decades of misguided policies and practices.

To kick off the campaign in 2014, FREEAMERICA and John Legend traveled the country on a Listening & Learning tour to understand the challenges facing individuals impacted by the criminal justice system. Each tour stop was an opportunity to meet with and learn from the currently and formerly incarcerated, their families, law enforcement, district attorneys, and advocates who are working every day to create widespread change.

Today, FREEAMERICA strives to build thriving, just, and equitable communities by giving every person freedom from the systemic hurdles that hold them back and the opportunity to unlock their greatest potential. By highlighting human stories, supporting innovation projects, and encouraging productive policy change, FREEAMERICA aims to amplify the conversation about mass incarceration at the local, state, and national levels.