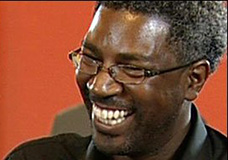 “We’ve been inundated by polls that have remained surprisingly static but none can answer the critical question of whether the heady days of hope and change have come and gone,” says Cornell Belcher, President of brilliant corners Research and Strategies. “Now we have a poll that shines a light on whether in the era of super PACs, voter ID laws & shrinking early voting core Obama supporters will turn out like they did in 2008. President Obama won in 2008 by expanding the electorate and the battleground map and this poll gives a glimpse into whether a core constituency is poised to do it again.”

“Hope is still alive. President Obama’s base is frustrated but still optimistic and determined,” Belcher added. “The President still has a lot of work to do to achieve his historic 2008 performance, but Republicans are increasingly poorly positioned to compete for Black voters.”

The study is the deepest exploration to date of the views of black voters in the states on which the 2012 Election will probably turn. It brings into focus their increasing alienation from the GOP despite philosophical alignment on issues of social conservatism, challenges the conventional wisdom about their level of enthusiasm and optimism in the current election cycle, and suggests a clear distinction between personal beliefs and “voting issues” in how they cast their ballots.

Below are some of the additional topline highlights from “Black, Red, White & Blue,” the 2012 BET News Poll of African American voters in the battleground states:

Findings from a survey conducted by brilliant corners Research & Strategies on behalf of BET News. The survey was conducted by telephone using professional interviewers between August 12th and August 19th 2012. The survey reached 800 African American likely voters in 11 battleground states, which included CO, FL, GA, MI, MO, NV, NC, OH, PA, VA & WI. The margin of error on this survey is +/- 3.5%. BET News will use the findings and analysis from the poll as the basis for their LIVE on-air coverage of the RNC and Democratic National Conventions. Titled Black, Red, White and Blue, the poll findings will be given a human face with exclusive video interviews from focus groups representing four cross-sections of black voters in North Carolina and Florida, two key swing states. The 2012 election will be decided in a handful of states, some of which have significant black electorates.

BET News is collaborating with Google to present results of BET News’ poll Black, Red, White and Blue via the Google.com/elections page. In addition they will jointly co-sponsor a forum in Charlotte to promote the results and explore the impact of the African American electorate in North Carolina. Throughout the election cycle BET News content will be posted on the Google.com/elections site.