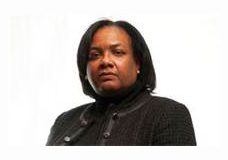 In 1987 Diane Abbott made history by becoming the first Black woman ever elected to the British Parliament. She has since built a distinguished career as a parliamentarian, broadcaster and commentator. Her comments reference  London Riots of 2011, which was described as one of the worst riots since the 1995 Brixton riots.  She also covers current local issues such as the 44% unemployment of young Blacks in Britain.

Diane Abbot, MP for Hackney North and Stoke Newington, has called on the social and economic issues underlying the riots not to be forgotten. Abbott  recently chaired a public meeting, entitled ‘the Fire Next Time: The Riots One Year On ’, in the House of Commons  to assess whether or not lessons had been learnt and whether the riots could happen again.

The audience listened to speeches from, amongst others, Tim Newburn, researcher on the Guardian Reading the Riots Projects, Ade Adelekan, the on duty Chief Inspector of Tottenham police station the night the riots began and Claudia Webbe, Chair of Scotland Yard’s Operation Trident Advisory Group .

Abbott said: “Despite the comments by Prime Minister Cameron, failures in education played a bigger role in the riots than gangs. Many people in the audience were teachers or parents themselves. They didn’t need reminding that one in three rioters had been previously been excluded from school and that the majority had special educational needs.

There was a lively discussion about education including contributions from a couple of young black men who had escaped the gang culture and had gone to university but were anxious to point out how the system was failing their peer group.

Everyone in the audience knew what had happened last summer was criminality mixed with materialism. No-one condoned these things. But there was a consensus that the social and economic conditions that underlay last summer’s disturbances had not gone away and had in fact intensified. Everyone accepted that government, communities and families had to do everything they could to stop the riots happening again. But everyone agreed that the words written by Baldwin about American cities in flames fifty years ago remained sadly relevant.”