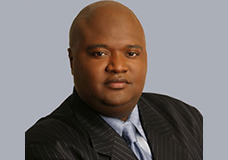 (To view the video clip of Paul D. Jones, click here)You may have a million dollar idea, but only a well-planned and executed schedule can make it a million dollars. Great thoughts become great deeds only when put into action and successful action requires a plan, advises Paul.D.Jones. His new book,  Schedule for Success,  shows how planning the effective use of time and resources reduces stress and maximizes effectiveness in achieving true success in business, relationships, personal health and growth, faith, and life in general. Jones’ knowledge, experience, and techniques make Schedule for Success a personal road map leading to inevitable success at the end of your journey.

As a young boy growing up just outside of Chicago, Paul Jones watched his mother’s every move. He paid close attention to the way she treated others and soaked up her loving, nurturing spirit. Little did he know that following in her footsteps would be his life’s calling — and, ultimately, his profession.

“My mother was a single mom but she was always serving and helping people,” he says. “I think I just fell into that as well. I really don’t like to see people struggle in life so helping others has become a real passion of mine.”

Jones has taken that passion and applied it to his own career and now he wants to use it to empower others. His confidence and take-charge attitude led him to a successful career in marketing and sales and paved the way for a series of self-help DVDs and books that he now uses to motivate others to overcome their personal obstacles and pursue their goals.

“I can’t stand a victim mentality,” he affirms. “I’ve never been the type of person to complain and not do something. Some people don’t know how to do better because people judge them and let them sit where they sit but I teach them how to get up and make things happen.”

Jones says he tries to be the kind of man that, at one point, was lacking in his own life.

“I remember seeing my single mother fight hard to raise us kids and I always wished a real man would step up and give us guidance. Eventually, my uncle was that man for me.” The work he does now, he says, he does in honor of his mother and his uncle.

Jones’ first book, “Who Told You…You Were Broke,” encourages readers to “start speaking life into what appears to be a dead situation.” He says, “The title is a play on what God said to Adam when He asked him, ‘Who told you that you were naked?’ I realized that the word of God said, ‘I have given you everything that you need’ so actually who told you that you didn’t have it? Most people are fine until somebody else points out that they don’t have something but it’s not about what’s in your bank account, it’s what’s in your heart. Even if your bank account has nothing in it, your heart has millions.”

“Who Told You” paves the way for Jones’ second book, “Schedule for Success.”  “The main foundation of this book is to get people to realize that nothing that is unorganized or in chaos can prosper but if a person goes out and schedules himself for success he will have success in that area.”

Jones says the book teaches readers how to achieve success in all aspects of their lives. “If I want success in my marriage I have to schedule all the things I used to schedule when I was courting and dating,” he says. “If I want success in health, I have to schedule exercise and proper nutrition. A year and a half ago I was 330 pounds. Now I’m about 100 pounds lighter because I started scheduling the calories and the walking.   And when it comes to business, if you own a business, you have to make a schedule that would be different from a normal nine-to-five person’s schedule. Most people are scheduling to pay bills this week. I’m scheduling to pay bills six months from now.”

Now, in addition to his motivational books, DVDs and appearances, Jones runs JMG Net Worth and My Financial Worth, companies that specialize in credit repair, debt payoffs, credit monitoring, tax advice and daily budgeting.

For more information, go to: http://www.paulyjones.com