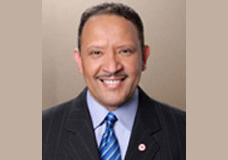 The National Urban League’s State of Black America report  concludes that despite social and economic gains, the African-American equality gap with whites has changed little since 1963—the year of the Great March on Washington for Jobs and Freedom and the height of the civil rights movement.

To commemorate the 50th anniversary of the Great March, this year’s State of Black America—Redeem the Dream: Jobs Rebuild America includes a 50-year retrospective analysis conducted through the lens of The Equality Index. The report shows that while the African-American condition has improved, including achievements in educational attainment and employment, this progress has occurred largely within the Black community. Double-digit gains in education, employment and wealth contrast sharply with the single-digit gains made in those same areas compared to whites.

The report credits the civil rights measures enacted to open the doors of opportunity for Blacks for the progress made in education and standard of living:

– The high school completion gap has closed by 57 percentage points. – There are more than triple the number of Blacks enrolled in college. – For every college graduate in 1963, there are now five. Standard of Living:

“As the budget debate continues in Washington on whether to cut critical program funding, the State of Black America 2013 highlights a harsh reality: budget-cutting fever will cause economic pneumonia,” said Marc H. Morial, President and CEO of the National Urban League. “If we are to move toward lasting economic recovery and full equality and empowerment, we must apply sustainable solutions — keenly focusing on jobs for all Americans and closing the gaps that result in a ‘tale of two Americas.'”

“This year’s State of Black America report underscores that employment remains the biggest barrier to equality in our country,” said Chanelle P. Hardy , SVP for Policy and Executive Director of the Urban League’s Policy Institute. “The National Urban League will continue to push for policies that support job growth now and for the next generation—such as the Urban Jobs Act and the Project Ready STEM Act.”