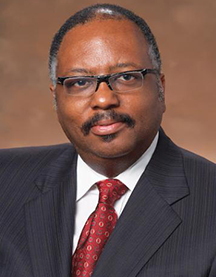 President Barack Obama has announced the appointment of Dr. Michael Nettles to the President’s Advisory Commission on Educational Excellence for African Americans. Nettles is the Senior Vice President and Edmund W. Gordon Chair of the Policy Evaluation and Research Center at Educational Testing Service (ETS).

“I am grateful for the opportunity that the president is giving me to collaborate with other leaders, scholars and the general public on a topic that I have been so involved in addressing throughout my career, and that grows in its importance to the nation with each passing day,” said Nettles. “I am eager to confront the challenge facing this presidential commission, and hopeful that we will be able to generate some new and progressive ideas and solutions for the country to act upon in order to make substantive gains.”

“President Obama created the White House Initiative on Educational Excellence for African Americans because in the 60 years since the Brown v Board of Education decisions, African American students continue to lack equal access to a high-quality education and still lag far behind their White peers in reading and math proficiency, high school graduation rates, and college completion,” Nettles added.

The initiative is a cross-agency effort aimed at identifying evidence-based practices that improve student achievement and developing a national network that shares these best practices.

According to the commission website, the initiative supports the president’s desire to “restore the country to its role as the global leader in education, to strengthen the nation by improving educational outcomes for African Americans of all ages, and to help ensure that all African Americans receive an education that properly prepares them for college, productive careers, and satisfying lives.”

Besides Nettles, President Obama also appointed the following people to the Commission:

Peggy L. Brookins – Co-founder, Director and Mathematics Instructor for the Engineering and Manufacturing Institute of Technology at Forest High School in Ocala, Florida

Nettles serves on the boards of a number of organizations, including the Southern Education Foundation, the National Association for Equal Opportunity in Higher Education, Bank Street College of Education, and the Corporate and Philanthropic Council of the Hispanic Association of Colleges and Universities. He received a B.A. from the University of Tennessee, and an M.A., M.S. and Ph.D. from Iowa State University.