Home Front Page Brandy To Be Honored With The BMI President's Award At The 2019...
Front Page 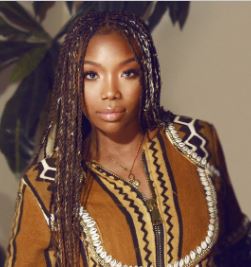 “As a singer/songwriter, actress and humanitarian, Brandy is a triple threat in every sense of the word,” said Brewton. “Her timeless hits about love and heartbreak were anthems to many coming of age during the 90s and secured her place in R&B history.” Brewton added, “We are so excited to honor Brandy with the BMI President’s Award and look forward to celebrating a night of great music.”

The BMI President’s Award is presented to an individual songwriter, composer or producer who has made exemplary contributions to the art of music and songwriting and profoundly influenced the entertainment industry. As the 2019 honoree, Brandy joins previous recipients Curtis Mayfield, Ludacris, Toni Braxton and Will.i.am in sharing this distinction.

Throughout the evening, BMI will also salute the songwriters, producers, music publishers and administrators of the past year’s 35 most-performed R&B/Hip-Hop songs in the United States from BMI’s repertoire of more than 14 million musical works. The BMI R&B/Hip-Hop Songwriter, Producer and Publisher of the Year will also be named during the ceremony.

In addition, BMI’s Social Star will return for its eighth year. As a part of the R&B/Hip-Hop Awards, Social Star will honor the songwriter with the most engaged social media audience. Fans will be able to vote for their favorite contestant across BMI’s Instagram and Twitter accounts. The songwriter with the most Instagram likes that includes their specialized Social Star hashtag will claim the prize. Previous winners have included Mac Miller, Machine Gun Kelly, Zendaya, SoMo, Joey Bada$$, Kash Doll and Derez De’Shon. Details on how to vote for your favorite social star will be announced soon. To join the conversation, use hashtag #BMISocialStar.