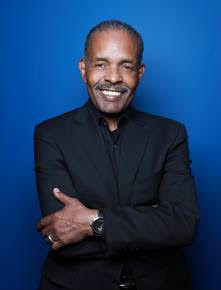 SiriusXM announced that veteran broadcaster Joe Madison has signed a new multi-year deal to continue hosting Joe Madison The Black Eagle exclusively on SiriusXM. The program airs weekdays from 6:00-10:00 a.m. ET on Urban View channel 126 and is also available on the SXM App.

In addition to being a member of the National Radio Hall of Fame, Madison is a civil rights activist, former national political director of the NAACP, and author. He regularly uses his SiriusXM program to raise the voices of oppressed people and to challenge himself and his listeners to do something about injustices in the world.

Under the new agreement, Madison will continue to discuss the news of the day from his Washington, D.C., studio. His program is a must-stop destination for top politicians, newsmakers and experts who help further the national debate on topics including race relations, politics, culture, and much more. Some of his recent guests include Vice President Kamala Harris, Speaker of the House Nancy Pelosi, Senate Majority Leader Chuck Schumer, Senator Cory Booker, and House Majority Whip James Clyburn.

“Joe’s legacy of work speaks for itself,” said Scott Greenstein, SiriusXM’s President and Chief Content Officer. “Joe is a leader and a motivator who inspires his audience to raise their voices and get involved. I’m thrilled that Urban View listeners will continue to start their day with Joe for many more years.”

Within the last year alone, Madison has launched two civil rights campaigns that made national headlines. In late 2021 he began a 74-day hunger strike to raise awareness about passing new voting rights legislation. Earlier this year, after a 4-year campaign on his SiriusXM show, Madison was credited by several politicians for his tireless work that helped result in the nation’s first federal anti-lynching law. At the congressional bill signing, Speaker of the House Nancy Pelosi specifically thanked Madison for his championing of the Emmett Till Antilynching Act, and he was also a guest of the White House when President Biden signed the bill into law.

Joe Madison is a leading figure in American talk radio. A longtime talk show personality, he has made history on multiple occasions, including in 2015 when he broke the Guinness World Record for “longest marathon hosting a radio talk show” (52 hours live). His efforts raised over $250,000 for the Smithsonian’s National Museum of African American History and Culture. In that same year he also became the first national, American talk show in more than 50 years to broadcast live from Cuba.

Madison is also a civil rights activist known for staging protests and acts of civil disobedience, and he has long been a key figure in the top circles of African-American leadership and activism. A native of Dayton, Ohio, he graduated from Washington University in St. Louis, which awarded him an honorary doctorate in 2019. In that same year he was also elected to the National Radio Hall of Fame in recognition of over 40 years in broadcasting. His signature line when people call his show to speak about injustice is “What are you going to do about it?”

Madison recently published the book Radio Active, a collection of his memoirs. Madison and his wife Sharon live in Washington, D.C.

For more information on SiriusXM, go to www.SiriusXM.com.