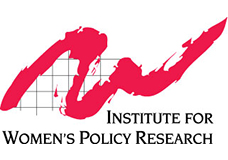 The Institute for Women’s Policy Research (IWPR)  conducts rigorous research and disseminates its findings to address the needs of women and their families, promote public dialogue, and strengthen communities and societies.

According to (IWPR) analysis of the August unemployment report from the U.S. Bureau of Labor Statistics (BLS), job growth continued in July with 163,000 jobs added to nonfarm payrolls. In July, women gained 86,000 jobs, or 53 percent of the total, and men gained 77,000 jobs.

IWPR analysis of the BLS payroll data shows that women have regained 42 percent (1.1 million) of the total jobs they lost in the recession (2.7 million) from December 2007 to the trough for women’s employment in September 2010.