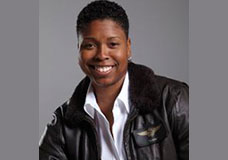 Executives, human resources and diversity professionals, employee resource groups and lesbian, gay, bisexual and transgender (LGBT) people and allies representing the vanguard of forward-thinking Fortune 500 companies gather in Baltimore, Maryland, on October 29-November 1 to consider ways to advance workplace equality. The Out & Equal Workplace Summit, held annually since 1999, draws more than 2,500 attendees from across the world to share their best practices and ideas for creating workplaces where LGBT people are safe, accepted, and valued.

The Workplace Summit is presented by Hewlett-Packard and IBM, in addition to support from 118 sponsoring corporations, government agencies, and non-profit organizations.

The Global Series, sponsored by IBM, will look at the state of workplace equality throughout the world, including Europe, Latin America, and Asia, and the series will also address the ways in which globalization is impacting the LGBT experience:
• IBM’s Approach to LGBT Issues in Challenging Countries
• Immigration Equality: Issues on Immigration for the LGBT Community
• US Diplomacy and LGBT Rights Globally
• OUT NOW: The LGBT Global Workplace Experience—Country Survey Highlights
• Extending Diversity & Inclusion Strategy Globally: Case Study Latin America
• The Business of Fighting HIV & AIDS: From Walking to Running

Each year, the conference bestows the Outie Awards to individuals and corporations who are making a significant contribution to workplace equality.

Out & Equal Workplace Advocates is committed to ending employment discrimination for lesbian, gay, bisexual, and transgender employees. We believe that people should be judged by the work they do, not by their sexual orientation or gender identity. Every day, we work to protect and empower employees to be productive and successful—so they can support themselves, their families, and contribute to achieving a world free of discrimination for everyone.