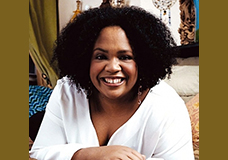 Price’s fragrances and lotions are a favorite among celebrities like Jada Pinkett-Smith, Erykah Badu, Rosie Perez and Halle Berry. Products are sold at nine company-owned stores, including its flagship store in Harlem. Price is the author of Success Never Smelled So Sweet and a philanthropist who serves on the boards of the National Women’s Business Council and the Foundation for Advancement of Women Now, founded by Mary J. Blige and Steve Stoute.