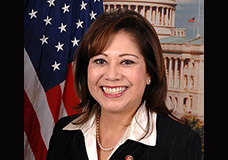 “Our nation’s labor market added 114,000 nonfarm payroll jobs in September, while the unemployment rate dropped to 7.8 percent, its lowest level since January 2009. Additionally, 86,000 more Americans found jobs in July and August than had been previously reported.

“The significant drop in the jobless rate was driven by people going back to work, not leaving the labor force. We saw unemployment drop for every group across the board last month. The fastest-growing group of new hires was young people ages 20 to 24 — a very encouraging sign for our country’s future.

“Overall, the monthly drop in the unemployment rate is part of a larger trend that has seen the jobless rate fall by 1.2 percent over the last year.

“As many more Americans found work in September, we’re also seeing other indications of a strengthening labor market and a quickening recovery. New Unemployment Insurance claims are down to pre-recession levels, consumer confidence is near a five-year high, and the number of people laid off last month was at the lowest level ever reported.

“I’m encouraged by September’s growth. It comes even as the worst drought in 25 years placed heavy burdens on our farmers, and Hurricane Isaac disrupted oil and gas production in the Gulf. We’ve reversed course and achieved a level of stability hard to imagine when the economic crisis began in December 2007.

“New preliminary data from the Bureau of Labor Statistics show that we’ve now added nearly 5.2 million private sector jobs over 31 straight months of job growth. That’s a striking contrast to the nearly 800,000 jobs a month we were losing at the end of the previous administration. The unemployment rate today is as low as it has been since any time President Obama has been in office.

“President Obama’s economic policies are working. It is remarkable to consider the progress we’ve made despite the relative absence of bipartisan cooperation in Congress. If more lawmakers show a willingness to work across the aisle in the future, I’m confident we can accelerate these gains even more rapidly. The key to our future job growth is to keep tax cuts in place for small businesses and middle-class families, and to make smart investments in infrastructure, energy and job training. That’s how we’ll build a sustained recovery and create an economy that’s truly built to last for the middle class.”