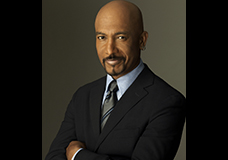 Emmy Award-winning television host Montel Williams advocates for end-of-life choice, including aid in dying, in the spring issue of Compassion & Choices Magazine. Williams, who revealed in 1999 that he has multiple sclerosis (MS) and is an active healthcare advocate, expressed support for the right of terminally ill people with unbearable suffering to control the time and manner of their death.

Appearing on the cover and in the magazine’s “Voice of Choice” column, Williams states, “I do not believe people should be deciding what level of pain other people should endure, especially knowing they have no chance for recovery. It is a personal decision.”

As the nation’s oldest and largest nonprofit organization working to improve care and expand choice at the end of life, Compassion & Choices advocates access to aid in dying for qualified individuals. Mentally competent, terminally ill patients should be allowed to receive a prescription from their doctor for medication to self-administer if they choose, to achieve a peaceful death. Opponents inaccurately label this “assisted suicide.” Williams debunks that description.

“It is not assisting suicide. I have thought this out, including for myself, and I’ve had many discussions with members of my family. … I’m also aware that my disease is going to progress. And there may be a day when I am told I have a finite amount of time left on this planet and when I may be in incredible pain. So when that time comes, I don’t care what anybody thinks or calls it. It’s my decision. And if I choose to go, then that’s my call.”

Like Compassion & Choices, Williams encourages families to discuss end-of-life matters before a crisis occurs. He advises that doctors participate in those discussions – but “their opinion or advice shouldn’t be given any more weight than that of others who need to be included in the discussion, including the patient’s sage counsel, psychiatrists, psychologists, their clergy or family members.”

“We are grateful to Montel for using his eloquent voice to inform people about the importance of end-of-life planning and of their right to control life’s final chapter,” said Compassion & Choices President Barbara Coombs Lee, a nurse and physician assistant for 25 years before becoming a private attorney and a Chief Petitioner of the first-in-the nation Oregon Death with Dignity Act in 1994. “Modern medicine has produced many life-saving achievements. Medicine can always do more. The question is whether they should, when a patient’s hope centers on dignity and comfort.”

Support for end-of-life choice is consistently strong in so-called red states and blue states and across demographic groups and religions. This strong support has held steady for two decades. A January 2011 Harris poll found that more than two-thirds (70%) of U.S. adults agree that “individuals who are terminally ill, in great pain and who have no chance for recovery, have the right to choose to end their own life.” A poll of likely New Jersey voters released last week found nearly two-thirds (63%) support allowing mentally competent, terminally ill adults with six months or less to live to receive a prescription for medication to end their suffering.

Delaware Chancery Court Justice Tamika Montgomery-Reeves will be sworn in as a Justice on the Delaware Supreme Court. Her swearing...
Read more
- Advertisment -