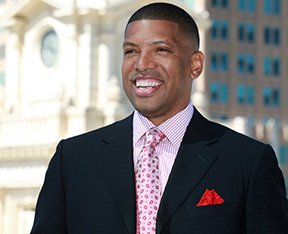 Kevin Johnson is the 55th mayor of Sacramento. He is the first native Sacramentan, and the first African American to be elected to the office. U.S. Conference of Mayors President and Sacramento Mayor Kevin Johnson issued the following statement in response to the law-enforcement shooting in Ferguson, MO:

“We offer our heart-felt condolences to the family of Michael Brown who was shot and killed by a police officer last Saturday in Ferguson. While details of the shooting are still largely unknown, it is clear that this young man lost his life at far too young an age.

“We urge law enforcement officials and the community they serve to work together openly to determine exactly what occurred. We applaud President Obama’s commitment to a thorough investigation by the Justice Department and the FBI.

“The Conference of Mayors has a long track-record of working with Mayors and Police Chiefs to achieve effective community policing. As part of that, we will work with the nation’s police chiefs to further identify and implement police department policies, which will help to prevent such incidents from occurring in the future.

“As we work with President Obama on his My Brother’s Keeper Initiative, we will examine the relationship between young black men and boys and the police and identify effective models that have improved that relationship, as well as others that support the healthy growth and development of young men of color.”

The U.S. Conference of Mayors is the official nonpartisan organization of cities with populations of 30,000 or more. There are nearly 1400 such cities in the country today, and each city is represented in the Conference by its chief elected official, the mayor. Like us on Facebook at facebook.com/usmayors, or follow us on Twitter at twitter.com/usmayors.

SOURCE The U.S. Conference of Mayors