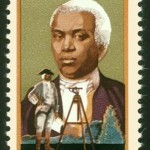 History: August 19, 1791 –
Benjamin Banneker wrote a letter to then secretary of state Thomas Jefferson that showed the hypocrisy of slavery.

This month marks the event of colonial American hero, and the only African-American Founding Father of the nation’s capital, Benjamin Banneker, setting pen to hand to author his historic letter to then Secretary of State, Thomas Jefferson. He expressed his discontent with the fact that the tenets of the Declaration of Independence were not inclusive of African-Americans who were being stolen from their indigenous homelands and brought to the shores of America by the millions to cultivate the land; build the highways and by-ways and governmental edifices; plantations; schools; churches; institutions; farms; homes; infrastructures; ships; capital industries; railways and the nation’s capital.
Washington, DC is, in fact, the first created capital in the history of the modern world; and Benjamin Banneker worked for both, Thomas Jefferson and Founding President, George Washington; and played a critically essential role in determining its location as he carved out the area we know as Washington, DC; named for the Founding President, and taken from land in Maryland and Virginia. He ran 16th Street as its Meridian and “Spiritual Center” metaphysically; and determined the location of its power buildings including the Presidential Palace or “White House,” Capital; Washington Monument and Treasury Building, which lies adjacent to the White House. This area is also known as the “Federal Triangle.” Banneker selected this area in alignment with the stars and constellations of astronomical power.
Suffice it to say that these were some pretty amazing contributions for any man or woman (and would have been an inconceivable assignment for a woman in the 18th century); but also a highly improbable assignment or charge for a black man during this historic period in American history when MAAFA, the African Holocaust (an African Kiswahili word meaning terrible occurrence or tragedy), also called the TransAtlantic Slave Trade, or Black Holocaust of African people occurred. The history of blacks brutally stolen and kidnapped by the tens of millions who were slaughtered and tortured in route to, and after their arrival, to the shores of America. These journeys took on average two to six months, depending on the number of ports of call along the way. To endure the horrific travails of the travel was an incredible feat in itself; and is a crucial and sad part of American history. This tragic crime against humanity took place for over 200 years, and was to go down with little to no fanfare, as the worse atrocity committed against humanity in the history of the world.
In his letter, dated August 19, 1791, Benjamin Banneker eloquently penned his twelve page Magnum Opus to Thomas Jefferson reminding him of the fact that he and his fellow Revolutionary warriors had sought refuge from the tyranny imposed on them by England when their colleague and eventual Founding President of America, George Washington, rebelled against their Mother Country of England. They had fled to America in search of greater freedoms and opportunities. Yet, in the process, had waged an inhuman, torturous, and unprecedented system of horror against African [and Native American] people, especially those of the darkest hue.
Banneker’s eloquent, heroically courageous, and meticulously argued dissertation itemized the irony of the flowery language and expressed ideas of freedom sought by the new Founding Fathers viz-a-viz the MAAFA being imposed on African-Americans in the Magna Carter document called the Declaration of Independence, which set forth the foundation of what was to become the Constitution of the United States of America. His dissertation of consideration spoke to the hypocrisy of its ideals versus its practice as relates to those enslaved by America and treated inhumanely by those seeking greater freedom themselves.
Among the powerfully courageous paragraphs of Banneker’s letter to Jefferson, some excerpts follow:
“Sir, suffer me to recall to your mind that time in which the arms of tyranny
of the British Crown were exerted, with every powerful effort, in order to
reduce you to a state of servitude, look back, I entreat you, on the variety
of dangers to which you were exposed; reflect on the time in which every
human aid appeared unavailable; and in which even hope and fortitude
wore the aspect of inability to the conflict; and you cannot but be led to a
serious and grateful sense of your miraculous and providential preservation;
you cannot but acknowledge, that the present freedom and tranquility which
you enjoy, you have mercifully received, and that it is the peculiar blessing of
heaven.
This Sir, was a time when you clearly saw the injustice of a state of slavery,
and in which you had just apprehension of the horrors of the condition. It
was now that your abhorrence thereof was so excited, that you publicly
held forth this true and invaluable doctrine, which is worthy to be recorded
and remembered in all succeeding ages.
“We hold these truths to be self-evident that all men are created equal;
That they are endowed by their Creator with certain unalienable rights,
and that among these are life, liberty and the pursuit of happiness.” Here
-2-

was a time in which your tender feelings for yourselves had engaged you
thus to declare, you were impressed with your proper ideas of the great
violation of liberty, and the possession of those blessings, to which you
were entitled by nature; but Sir, how pitiable is it to reflect, that although
you were so fully convinced of the benevolence of the Father of Mankind,
and of His equal and impartial distribution of those rights and privileges,
which He hath conferred upon them, that you should at the same time
counteract His mercies, in detaining by fraud and violence so numerous
a part of my brethren.”
Clearly Mr. Banneker was a man of great courage and conviction. This handwritten twelve page letter to Jefferson was the first publicly documented Protest Letter in the history of America. And while Mr. Banneker is most known as “America’s First Black Man of Science,” the Washington Interdependence Council, which was authorized to establish a world class memorial to Banneker along the L’Enfant Plaza/Banneker Overlook Park corridor in the nation’s capital, has elected to refer to him as “A Man of Many Firsts” as he indeed was. To find out more about Banneker, go to: www.bannekermemorial.org .
Among his many gifts, aside from his genius, Banneker was a man of enormous conviction; enormous generosity; enormous wisdom; and enormous courage as he was a willing to risk his life and freedom to help liberate his people to make way for a better way and life for future generations. It is interesting to note, however, that he was not physically attacked, or maimed, nor was he a martyr in response to his protest letter. Contrarily, he was highly respected, and often referred to as The Venerable Mr. Banneker, or worthy of respect, by his colleagues and friends. Perhaps this is a lesson today’s beneficiaries of his gifts should learn, and not only those whom he was addressing in his letter to Jefferson; but especially those who are, like him, of the “deepest dye.” Mr. Banneker realized that it was more expedient to command respect than to seek pleading acceptance and favor as a self-respecting human being of worth. Afterall, we are all interdependent on one another; and as Banneker extolled, we are all endowed by the Creator with those inalienable rights as expressed in America’s Founding Document – The Declaration of Independence. Question is, when will those ideals ring true in civil, spiritual and political practice in America? When will African people in America be free and treated with respect by the institutions which extoll its’ virtues as being the Land of the Free?
-3-